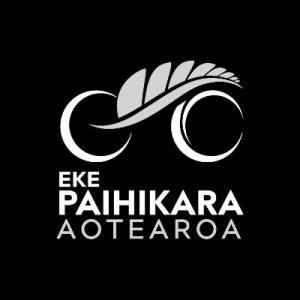 ROTORUA — Cam and Amy Cole will be attempting to become the first husband and wife pair to win New Zealand Mountain Bike titles in Rotorua this weekend.

ROTORUA — While his eyes are fixed on a potential Commonwealth Games medal later in the year, mountain bike star Anton Cooper has to get his head around a posse out for his scalp at this weekend’s national championships in Rotorua.

BikeNZ High Performance is investing in young riders for the future with the introduction of a Living Allowance Scholarship.

New Zealand will send a team of 11 riders to contest the UCI Track Cycling World Championships in Colombia this month.

New Zealand’s track cyclists will head to Wanganui this weekend for much-needed competitive racing ahead of next month’s UCI World Championships.

New Zealand cycling bosses have lauded the contribution of two-time World Champion Alison Shanks who announced her retirement from the sport today.

TASMAN — New Zealand will send some of its brightest young endurance cycling prospects across the Tasman next week.

New Zealand is on a global search for a new head coach for their women’s endurance track programme, heading towards the 2016 Rio Olympics and beyond.

An initial 12-strong long list squad has been selected for next month’s UCI Track Cycling World Championships in Colombia.

Southland sprinter Eddie Dawkins has earned the award is leading sprinter after the completion of the UCI Track World Cup circuit for 2013-2014.

Two young Kiwi road cyclists returned to the track with a vengeance when they won the two-man Madison at the UCI World Cup in Mexico today.

Two young road cycling standouts get their chance back on the track after being included in the BikeNZ team to contest next week’s final UCI World Cup in Mexico.

BikeNZ is delighted with the additional investment into the organisation’s high performance programme which will increase by $400,000 per year in 2014.

Tuesday, 17 December 2013
Cycling 9:22AM
Bauer to take on Birthday Boy in cycling showdown in Christchurch

New Zealand cyclists had a quiet final day at the UCI World Cup in Mexico.

Injured cyclist Eddie Dawkins will take his place in the team sprint combination for the opening day of the UCI Track World Cup in Mexico tomorrow.

New Zealand sprinter Eddie Dawkins will have his fingers crossed that he will be able to compete in the UCI Track Cycling World Cup in Mexico starting on Friday after he crashed heavily in training today.

World champion Aaron Gate has a fight on his hands in an exciting men’s omnium contest at the UCI Oceania Track Cycling Championships in Invercargill.

Talented teenager Dylan Kennett showed a glimpse of his outstanding ability as the omnium competition got underway on the third day of the UCI Oceania Track Cycling Championships at Invercargill this morning.

Australian great Anna Meares showed her class to cruise into the final of the women’s keirin on the second day of the UCI Oceania Track Cycling Championships at Invercargill today.

INVERCARGILL — After a strong performance by their sprinters in this week’s UCI Festival of Speed, the Australians have further reinforcements led by cycling superstar Anna Meares for the Oceania Championships starting tomorrow in Invercargill.

INVERCARGILL — Kiwi cyclist Aaron Gate signalled he is on track to defend his world title after winning the omnium at the UCI Festival of Speed event at Invercargill today.

INVERCARGILL — Southland’s Eddie Dawkins set a new national record to top qualifiers for the men’s sprint on the second day of the UCI Festival of Speed at Invercargill this morning.

INVERCARGILL — Kiwi sprinters Simon van Velthooven, Eddie Dawkins and Matt Archibald powered their way into the keirin semifinals on the opening morning of the UCI Festival of Speed track cycling event at Invercargill today. It is the first time New Zealand has hosted a Tier One event which begins the qualifying process for the 2016 Rio Olympics, attracting riders from six nations against a strong Kiwi contingent.

Auckland's Mike Northey made up for the disappointment of last year's second place with victory in tonight's Jerry Clayton BMW Criterium National Championships in Auckland.

Newly crowned Tour of Southland winner James Oram is none the wiser about his chances in tomorrow’s Jerry Clayton BMW Criterium National Championships in Auckland.