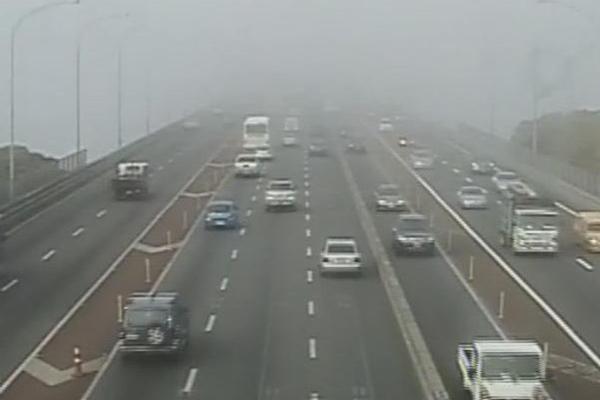 Auckland Airport is warning of large flight delays or cancellations due to fog this morning that has already made an impact on 27 flights and 17 cities/towns of New Zealand.

New Plymouth was first to feel the full brunt with two flights cancelled and one delay, expected to be cancelled soon.

"New Plymouth flights are just important as Wellington. We have a large number of passengers onboard flights to New Plymouth for oil and gas. While flights to Auckland for buisness customers were also affected."

"When Taranaki is affected, the delays and cancellations pile up. New Plymouth and Wellington is Auckland's North Island hub" Air New Zealand said.

A flight scheduled for around 8.30am was cancelled, a second due for take off at 11am has been delayed.

Wellington is now the city taking the thrashing from these delays, four flights, some cancelled, some delayed.

No extra flights have been created yet to handle with delays, they said.

Jetstar have said "Only one flight has been cancelled, a key Wellington to Auckland morning flight with us"

"More flights may be affected if weather persists however, the fog should be going away over the next two hours"

All flights with Jetstar remain unchanged, one to Christchurch from Auckland will be taking off soon with no problems, they said.

Flights arriving into Auckland have been affected up until 1pm while departures are affected till around 11.30am.

The fog restrictions were put in place at the airport at 8.15am, and warnings have been put in place that further flights may be affected.

The weather at 9.30am was 14 degrees with low cloud cover and fog but Metservice said that was due to clear later today. A top of 24 has been forecast for Auckland.

MetService meteorologist John Law says conditions in the city are perfect for fog.

"We've had a fair bit of moisture around recently and light winds, clear skies at night, meaning the temperature can drop away and that fog can form."

Mr Law says once the fog clears the weather should fine up, though more fog later in the week is "not out of the question".

Auckland Airport is urging passengers to check their website for the latest flight information.