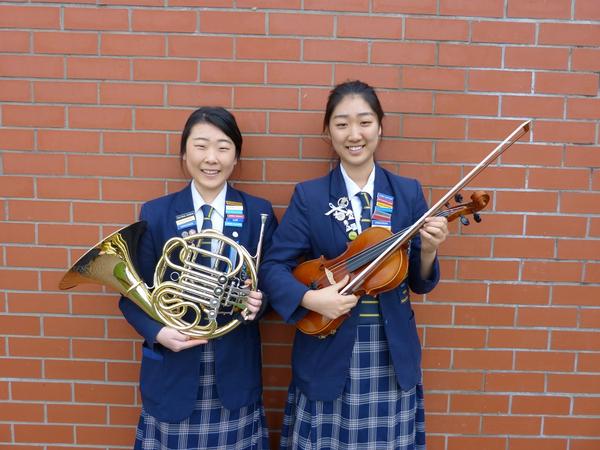 Rangi Ruru’s Year 12 Music Scholars Grace Leehan and Geeny Moon have both successfully auditioned for a highly competitive and sought after place in the 2014 NZSO National Youth Orchestra (NYO).

It is particularly exceptional for such young musicians to gain places in the NYO as it is predominantly made up of tertiary level students up to the age of 25 years.

“Many of New Zealand’s most outstanding soloists, chamber musicians, orchestral players and teachers started their careers by playing in this orchestra,” she says.  “This is an outstanding achievement for both girls who will meet with other members of the NYO in July for an intensive rehearsal period followed by concerts in Wellington and Auckland.”

Grace has been appointed as Assistant Principal Viola player and Geeny is one of six French Horn players.  Last week the girls joined nine other Rangi students as part of the 100-strong New Zealand Secondary Schools’ Symphony Orchestra, where Grace was Assistant Concertmaster (violin) and Geeny Principal Horn.

This is the third year for Geeny and the second for Grace in the National Youth Orchestra.