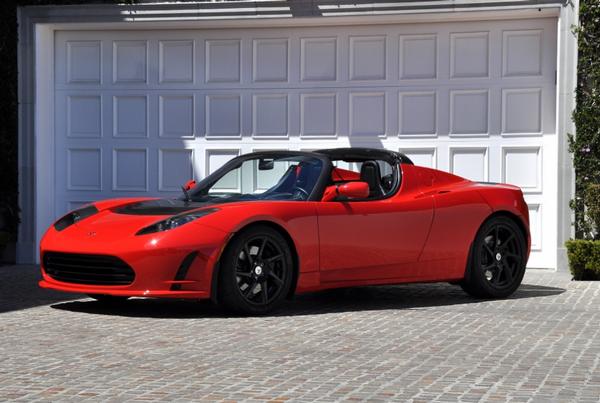 Supercars are a staple part of any automotive show, but at this year's CRC Speedshow, one supercar &#8211; a lightweight, high-performance, electric-powered Tesla Roadster &#8211; will not be like the others. CREDIT: Supplied

Supercars are a staple part of any automotive show, but at this year's CRC Speedshow, one supercar – a lightweight, high-performance Tesla Roadster – will not be like the others.

With its sleek, low-slung lines and innovative bonded aluminium/carbon-fibre body, the US-built Tesla Roadster certainly looks like a supercar. And its ability to accelerate from standstill to 100 km/h in just 3.7 seconds means it is as fast as one. The difference is that the Tesla is ‘powered’ by electricity, not petrol.

“And if you didn’t know the Tesla was electric, it would be hard to tell by looking at it, wouldn't it?” says Rob McEwen of the Association for the Promotion of Electric Vehicles who’s behind the display of electric vehicles as part of CRC Speedshow, running 19 and 20 July at Auckland’s ASB Showgrounds.

The increasing importance – not to mention rapidly increasing public acceptance – of electric vehicles can be seen in the fact that the sporty Tesla Roadster will be one of at least four electric vehicles on the Association’s stand at the biggest annual automotive and motorsport show in Australasia.

The others are all models which are now readily available to New Zealand consumers, namely the Range-Extended Holden Volt, the Mitsubishi Outlander PHEV and the Nissan Leaf.

The display of electric vehicles is a first for CRC Speedshow with show director Ross Prevette predicting a bright future for the ‘zero emission’ sector.

“Even just in the past year, major strides have been made both in the electric vehicle technology itself and the uptake by manufacturers, dealers and the buying public. We’re no longer talking just about hybrids either; we’re talking about genuine, 100%, whisper-quiet, zero-emission vehicles equipped with high-efficiency electric motors and the latest lithium-ion batteries,” says Prevette.

Surveys show that buyers are definitely interested in saving – both money and the planet – but not at the expense of style, fitness-for-purpose, or performance.

For proof of how far the electric vehicle sector has moved in such a short time Prevette points to the advances made in the Zero TT (for zero emission motorcycles) race at the Isle of Man where between 2010 and 2103 the average speed recorded by the winner over a single 60.37 km lap of the famous ‘mountain’ course has gone from 154.821 km/h to 175.47km/h.

In September this year Beijing will also host the opening round of the governing body of world motorsport, the FIA’s inaugural Formula E championship for zero emission single-seater racing cars powered solely by electricity.

“There’s no doubt that some exciting technology is being developed which will continue to flow through to our everyday motor vehicles,” says Prevette. “We’re delighted Rob McEwen and APEV will join us at this year’s show to highlight the practical and exciting electric and hybrid vehicles available to New Zealanders today.”

The CRC Speedshow runs at the ASB Showgrounds, Auckland over the weekend of 19 and 20 July 2014 with two new display halls bringing the total to five, hundreds of vehicles on display, opportunities to meet racing stars and to enjoy top-class entertainment in the Ideal Wheels live action arena. Follow CRC Speedshow on Twitter (https://twitter.com/Speedshow), Facebook (www.Facebook.com/speedshownz) and Pinterest (http://pinterest.com/speedshow/).