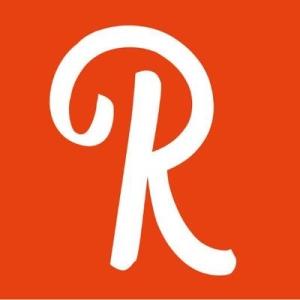 Monday, 30 June 2014
Motorsport 8:07AM
Success for Paddon and Kennard at WRC Poland

Sunday, 29 June 2014
Motorsport 9:46AM
Paddon and Kennard continue to learn and improve at WRC Poland

The Kiwi crew of Hayden Paddon and John Kennard have taken a steady approach to safely complete day three of WRC Rally Poland.

Hayden Paddon and John Kennard impressed many with their pace on the opening stage of day two of WRC Lotos Rally Poland.

The New Zealand crew of Hayden Paddon and John Kennard have started strongly in their first attempt at Lotos Rally Poland, joining their Hyundai Motorsport teammates in the top seven overall after the event’s first day of competition.

Top Kiwi rally duo Hayden Paddon and John Kennard are looking forward to getting back into their Hyundai i20 WRC car as they contest Lotos Rally Poland for the first time from 26 to 29 June.

Kiwi motorsport fans have selected Hayden Sims, a solo speedway bike rider from Invercargill, as the final wildcard for the Kiwi Young Guns feature at this year’s CRC Speedshow.

A tough day is the way Hayden Paddon described the first full day of Rally Italia Sardegna as he and co-driver John Kennard make their competitive debut with the Hyundai Motorsport World Rally Team.

Supercars are a staple part of any automotive show, but at this year's CRC Speedshow, one supercar – a lightweight, high-performance Tesla Roadster – will not be like the others.

Monday, 2 June 2014
Sport 11:28AM
Paddon and Kennard keeping calm ahead of WRC debut

Single seater star Nick Cassidy and talented rally driver Alex Kelsey will join in the 20-strong line-up of Kiwi Young Guns, supported by Total Lubricants, which is one of the key highlights of July’s CRC Speedshow.

The off-road racing buggies are miniature and the dashboards are hand-held radio-control units, but there’s no doubt that the racing will be every bit as intense as any mainstream motorsport event when the inaugural New Zealand Indoor Off-road Championship (NZIOC) takes place at July’s CRC Speedshow.

Seventeen rising and established stars of New Zealand motorsport have been confirmed for a new feature display called the Kiwi Young Guns at this year’s CRC Speedshow.

July’s CRC Speedshow will feature a new area for the public to sell their competition or classic cars or motorcycles.

A month-long trip tracing America’s famous Route 66 behind the wheel of a Ford Mustang is the stuff of dreams – yet that’s exactly what a lucky show-goer is going to win at this year’s CRC Speedshow at Auckland’s ASB Showgrounds over the weekend of 19-20 July.

Twenty rising and established young stars of New Zealand motorsport will feature in a brand-new display at the 2014 edition of CRC Speedshow.

The 2014 edition of CRC Speedshow, New Zealand’s biggest automotive and motorsport event, is set to feature a brand-new classic car and motorcycle show to celebrate New Zealanders passion for classic and heritage vehicles.

The team behind the highly-successful annual automotive and motorsport expo, CRC Speedshow, are turning their attention to showcasing the latest and coolest consumer electronics, gadgets and technology in a brand-new expo called the Gizmos, Gadgets & Technology Show.

Tony Quinn, owner of Highlands Motorsport Park, paid credit to the thousands of hardy Central Otago motorsport fans who continued to enjoy a great day of race action despite showers and the wind turning to a cool southerly.

Highlands Motorsport Park’s first venture into New Zealand’s traditional summer motor racing season is proving popular with local fans with official estimates of Saturday’s crowd being close to or greater than the 10,000 spectators who attended Saturday of the Highlands 101 event in November.

With the 23 competitors in the 2014 Toyota Racing Series (TRS) competing at Highlands Motorsport Park for the first time, the circuit’s managers are pleased to hear positive feedback from a number of the young international stars.

The New Zealand Millennium Cup, the highly regarded sailing regatta for superyachts, will next be contested as part of the Bay of Islands Sailing Week in January 2015.

Two modest revisions to the 4.1 km circuit at Highlands Motorsport Park are expected to open up passing opportunities for competitors racing in this weekend’s double-header featuring the popular BNT V8 SuperTourers and New Zealand’s premier wings and slicks category, the Toyota Racing Series.