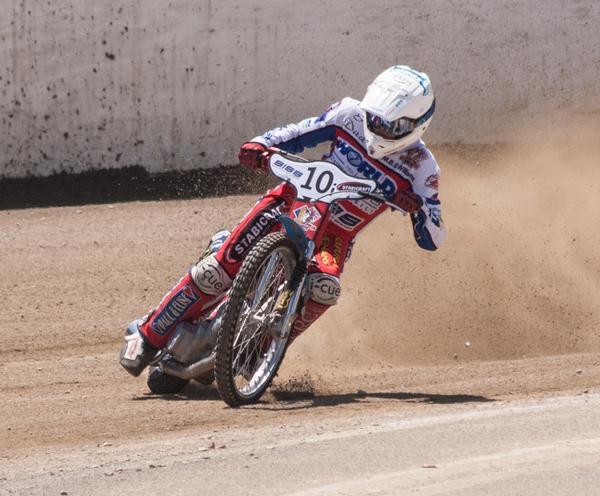 Kiwi motorsport fans have selected Hayden Sims, a solo speedway bike rider from Invercargill, as the final wildcard for the Kiwi Young Guns feature at this year’s CRC Speedshow.

Sims, just 17 years old, joins 19 other rising motorsport stars from around the country to create a unique celebration of the depth and breadth of Kiwi talent which cover the gamut of motorsport disciplines from circuit racing, rallying, karting, motorcycle circuit racing and motocross.

“When I found out I was going to be included, I was stoked,” says Sims. “It’s awesome that I’m going to be up against some of the best guys [drivers/riders] in New Zealand. It’s even more fitting for me because I found out this display replaces the New Zealand Legends of Speed display from last year where Ivan Mauger was featured, and I’m hoping to follow in his footsteps as a speedway racer.”

Sims has a number of achievements under his belt on his 500cc speedway bike, sporting a JRM engine, which includes finishing third in the New Zealand under-21 solo championship, and travelling to the under-21 Solo Speedway World Cup in Germany as a guest observer with Team USA.

CRC Speedshow director, Ross Prevette, adds he’s delighted to see Sims included in the display after the youngster proved very popular on the public voting and features as the only speedway motorcycle racer on the display.

Prevette says: “It’s fantastic to see Hayden [Sims] as part of this display because he clearly has great support from his family, friends and fans from around New Zealand to win the wildcard entry. He also brings another exciting element to the Kiwi Young Guns display, supported by Total Oils, as the only speedway solo rider which will be a great bike to showcase to CRC Speedshow’s visitors.”

The display in the centre of hall two at CRC Show showcases key vehicles that each of the young stars have raced, and most of the Young Guns also plan to attend the show in person to meet current and future fans. Each day of the two-day show, a public welcome sees the Kiwi Young Guns, or their representative, introduced and invited to say a few words before participating in an autograph signing session.

The eighth annual CRC Speedshow takes place at Auckland's ASB Showgrounds over the weekend of 19 and 20 July 2014 with five halls full of hundreds of display vehicles and opportunities to meet racing stars and enjoy top-class entertainment in the Idea Wheels' live action arena.