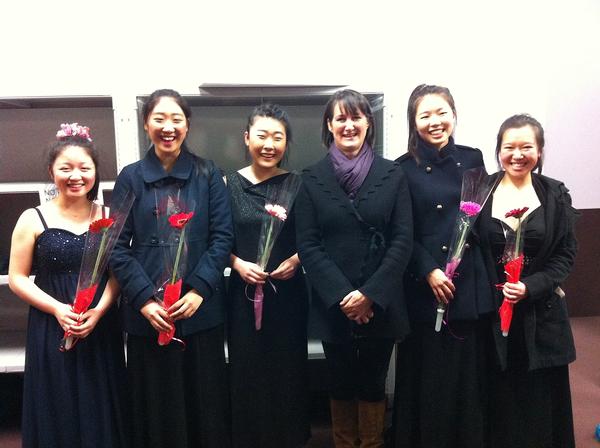 The Canterbury regional competition was held last week and was, as in past years, dominated by Burnside High School as far as numbers are concerned, but this year Rangi Ruru was successful in winning a number of significant awards.

Around 30 Rangi Ruru girls competed in nine groups, with further representation in three mixed school groups. There were more than 70 groups in the regionals, from which eight were selected for the regional finals. Out of these eight groups there was awarded one winner, and four highly commended places. There were also a number of other awards.

“All of the girls have worked exceptionally hard over several months and thoroughly deserve this recognition,” says Rangi Ruru Director of Music Janet Kingsbury.

This contest is in its 49th year, with many contest alumni going on to forge very successful careers as musicians both nationally and internationally. For further information on Chamber Music New Zealand visit http://www.chambermusic.co.nz/for-schools/chamber-music-contest

Highly Commended in the Regionals
• The Doppler Effect (Isabella Gregory – flute, plus one Burnside High School and one home schooled student)

www.youtube.com/playlist?list=PLRmCbBrsu_SjStXrEcSVfELQ5_RFJenkr
to view the performances by Eklamore, Trio Emporte, Incontro and Bounce.

*Year 12 Music Scholars Grace Leehan and Geeny Moon, and Year 13 Music Scholar Siyu Sun recently successfully auditioned for a highly competitive and sought after place in the 2014 NZSO National Youth Orchestra (NYO) – Grace on viola, and Geeny and Siyu on French Horn.  It is particularly exceptional for such young musicians to gain places in the NYO as it is predominantly made up of tertiary level students up to the age of 25 years.  Siyu has also been selected as one of 12 pianists to compete in the prestigious Wallace National Junior Piano Competition held at the University of Auckland during July.