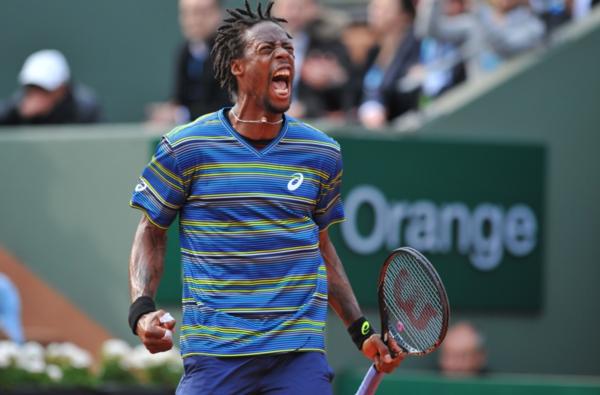 The NZ Festival of Tennis is pleased to announce that the tour’s resident entertainer, Gaël Monfils, is confirmed for the Heineken Open 2015. The flamboyant Frenchman is hot off the back of his show stopping performance at the US Open, where he powered through to reach the quarter-finals.  Monfils produced three sets of his best tennis against Roger Federer that set the New York tournament alight, winning the opening two sets against the Swiss Master and holding two match points.

“We saw what Gaël was capable of at the US Open; he was all over Roger for two and a half sets.  When he plays at that intensity, there are few players who can stick with him,” says Tournament Director, Karl Budge.

Currently at number 15, Monfils has had a strong year, finishing runner-up in Doha (for the third time), earning a quarter-finals appearance at both the French Open and US Open, and securing his fifth career ATP Tour title in Montpellier, defeating compatriot Richard Gasquet in the final.

Monfils has visited the Heineken Open twice before, most memorably in 2013 where he took on David Ferrer in the semi-final having disposed of the second seed, Tommy Haas, in what was one of the most memorable matches to be played at the ASB Tennis Arena.

“I’m very excited to be heading back to Auckland – I was so disappointed I had to withdraw due to injury last year,” says Monfils.

“Having the crowd so close to the court really motivates me – it’s a great place to play!”

The inclusion of Monfils adds to what is shaping up to be the strongest Heineken Open line-up of recent times.  Announced last week, world number 5, David Ferrer will return to Auckland looking for his fifth title, which would make him the greatest ever Heineken Open champion, surpassing the feats of Australian legend Roy Emerson in the 1960’s.

Joining Monfils and Ferrer is Roland Garros semi-finalist, Ernests Gulbis along with American giant, John Isner, who will return to defend his 2014 title.

“To have four players confirmed in the world top 15 is outstanding.  Two former champions and two of the most exciting blokes on tour – this is going to be a cracking event!” added Budge.

“We’re delighted that Monfils will be playing for the 2015 Heineken Open title. He’s a thrilling competitor and the ultimate showman. He’s a fantastic addition to the 2015 field,” says Heineken Marketing Manager, Jennie Macindoe.

The ASB Tennis Arena will also be brimming with off-court action, with food offerings from Auckland’s best restaurants, the Moët & Chandon Champagne Lounge, and the ever-popular Heineken Baseline where fans can soak up some sun, and catch the best centre court action on the big screen.