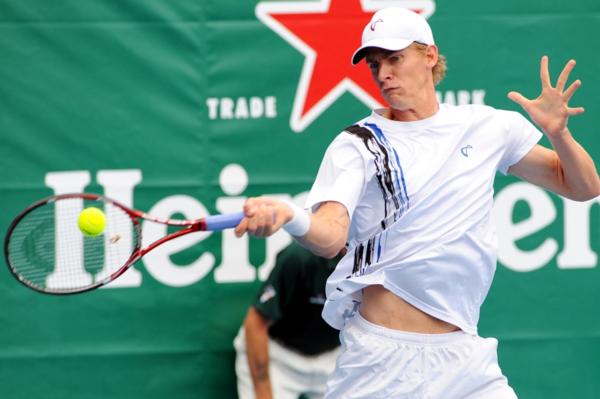 In a fortnight of exciting announcements, the NZ Festival of Tennis is thrilled to confirm that South African, Kevin Anderson, will return to the Heineken Open for 2015. Anderson is the fifth Top 16 player to be announced for the tournament, making the 2015 field the strongest ever to assemble at the ASB Tennis Arena.

Currently at world number 16, Anderson has had a productive year, meeting Roger Federer in the quarter-finals of Indian Wells, as well as reaching the third round of Wimbledon, and the fourth of Roland Garros for the second year in a row. He was also a finalist at both Acapulco and Delray Beach.

"The inclusion of big Kev really adds some intrigue into this year's line up.  You have two massive servers in Anderson and Isner, an all-out attacker in Ernests Gulbis, and two of the best returners on tour in Ferrer and showman Gael Monfils.  There are going to be some great battles!” says Tournament Director, Karl Budge.

"Five players inside the world’s top 16 players is unbelievable.  It clearly shows how highly respected the Heineken Open is with the world’s best,” continues Budge.
Heineken Open | 12 - 17 January, 2015 | ASB Tennis Arena in Auckland