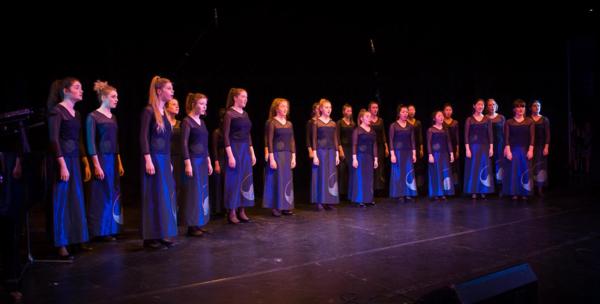 Original Composition to Debut in Christchurch

This Saturday the old and the new will come together in a Gala Concert, the like of which has not been seen before in the school’s history.

‘Under A Wide Sky’ at the Aurora Centre, will feature works written from 1889 onwards, taking the audience on a musical journey through the last 125 years.  A specially commissioned work by Dr Philip Norman (‘Wide Sky Shelter’) will debut as the finale of the concert and will feature the Rangi Sinfonia, combined choirs, Kapa Haka, dancers and speakers, including members of the wider Rangi community - current and past students, and staff.

Dr Norman, who has composed and arranged well over 200 works including Footrot Flats and the ballet Peter Pan, says he greatly values his association with the Rangi Ruru music department over the past six years.

‘Wide Sky Shelter’ is my response to the warmth, humour and positivity I have experienced at Rangi Ruru and is in a sense, a composite portrait celebrating the school’s history and spirit.  It is dedicated to the students of Rangi, past, present and future” he says.

“The Rangi musical experience is one of the most rewarding and embracing I have experienced and it is fitting to have this celebrated along with the outstanding 125th anniversary milestone”, adds Dr Norman.

“With its eclectic mix of musical styles, Dr Norman’s ‘Wide Sky Shelter’ captures the wonderfully varied personalities of Rangi girls,” she says. “It is a privilege for the girls to have an opportunity to be part of a work that is tailored to their particular strengths and talents. ‘Wide Sky Shelter’ also forms a significant moment in the history of the Rangi Ruru as the school celebrates and acknowledges the past, and looks forward to renewal and growth as part of the wider Christchurch community.”

The gala concert will showcase the outstanding talents of Rangi Ruru’s musicians and performing artists.  Award winning choral group Resolutions will perform along with the Rangi Sinfonia, Jazz Band, Percussion Ensemble and a variety of solo and smaller ensemble performances.

About the Commission
The work ‘Wide Sky Shelter’ reflects the theme of Rangi Ruru's past and also its future. Guiding this theme are the concepts of “tradition and innovation”.  Rangi Ruru is part of Canterbury and part of a bi-cultural nation – forged by pioneering people; Rangi Ruru was part of pioneer and colonial history and has documented Maori involvement from that time, including the gifting of names to the school and buildings (Rangi Ruru, Te Koraha).

Dr Norman comments: “I have structured the work in five parts, each setting appropriate texts associated with the school.  The first two parts ‘Waiata’ and ‘Clans’ allude to the primary historical strands, while part 3, ‘Haka’ symbolises the multi-cultural sharing of the present.  Part 4 ‘Rangi Values’ celebrates the pastoral care and Part 5, ‘Seek the heavenly things’, the spiritual.”