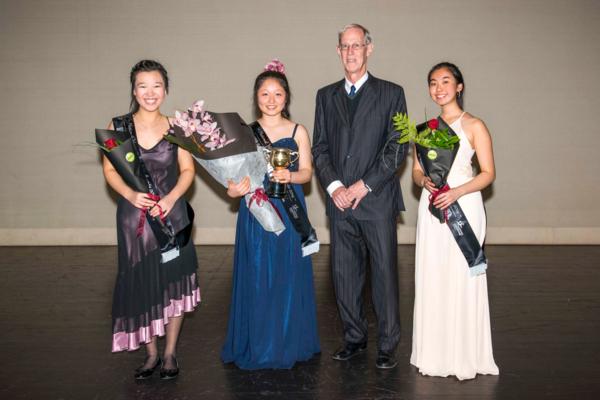 This is a highly regarded national competition in which the piano section involved nineteen outstanding young pianists. Many are studying at tertiary level and were selected after success at regional competitions during the year. Amy was awarded the 1st place prize of $5000 and Siyu $1500 for her 3rd place. Past winners of PACANZ have gone on to forge successful careers in the performing arts in New Zealand and abroad.

Rangi Ruru Director of Music Janet Kingsbury says having two Rangi girls in this competition is wonderful, and for them to go on and win 1st and 3rd place is testament to the extraordinary calibre of both these girls who put in hours of disciplined practice.

“Amy and Siyu have had an outstanding year in terms of their music. Their respective chamber music trios were two of six national finalists in the NZCT Chamber Music Contest, both received A+ for their Stage 1 University performance papers, Siyu was a finalist in the Wallace National Junior Piano Competition in Auckland, and both girls are competing for another scholarship award this Friday evening, the day before the Under A Wide Sky Gala concert at the Aurora Centre. This is on top of everything else they do musically at Rangi, where they are also very strong academically and as leaders. For Rangi to have two pianists of such quality is exceptional,” she says.

The PACANZ multi-discipline awards represent eight of the art forms traditionally covered in the national competitions movement, and is the pinnacle of achievement for many young people giving them a unique opportunity to perform at national level.

The piano section was adjudicated by Otago University lecturer and pianist John van Buskirk, who has performed all over the world as a recitalist, chamber music player and recital partner to singers and instrumentalists.  The girls each performed a programme of music for the adjudicator, progressed to the semi-finals, and then to the finals as two of only three finalists.

Amy and Siyu are both performing as piano soloists in the ‘Under a Wide Sky’ Gala concert this weekend, as well in multiple other items.