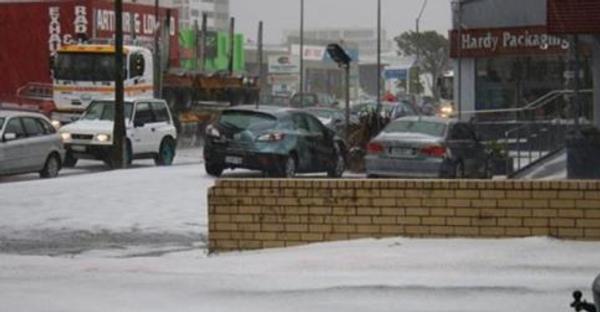 ALL YOU NEED TO KNOW: Fireworks Display 2014

The New Plymouth Fireworks Display was postponed yesterday after a freak storm hit the region, but the fireworks is all back on, and again, Youth in Politics have fifteen reporters in the CBD of New Plymouth to get the latest news to your fingertips.

Live updates by Youth in Politics will begin at 6pm.

IS THE DISPLAY ON TONIGHT?

Yes!! The fireworks display is on tonight - Thursday 6th November 2014

Morning showers were expected today for New Plymouth however those drops of rain have now faded and the rest of the afternoon is looking very good. There is a fresh wind gust of wind up to 50km/h at times. The temperature for the fireworks tonight ranges from 13 degrees at 6pm to 9 degrees by 10pm. Sun protection is still needed however, till 4.30pm this afternoon. We're shooting to 15 degrees at around 4pm. The rain radar looks clear, and satellite imagery says 'very clear' for this afternoon.

TMS advises people to avoid St Aubyn Street altogether, but expect delays through the night. The road will be stopped temporarily from 8.45PM till 9.30PM. The one way system and Devon Street may also have more traffic than usual. – send any traffic delays or problems to 0223881958.

WHAT STORES WILL BE OPEN?

Specially for this event all bars and cafes will be trying to stay open on Devon Street, however, some because of water damage may be closed. The CBD will still however, be buzzing! Centre City is open late tonight, till around 8pm.

HOW CAN I HELP WITH THE COSTS?

This display is not rate payer funded, the New Plymouth District Council did not pay for this. Local businesses from around the city have put money into it. However, Youth in Politics will have young people going around the city from 7pm with donation buckets. People who donate receive a glow band, and if you donate over $10 you'll get a mini chocolate bar for the kids! The Youth in Politics team will be going around with buckets that are specifically marked. All of the team will also have hi-vis vest's.

WILL PHOTOS BE GOING UP ANYWHERE? – WHAT ABOUT UPDATES?

WHAT HAPPENS IF THE WEATHER IS SO BAD THAT THE EVENT IS POSTPONED?

The fireworks display will be cancelled and no date will be given to re-try. This night is the night.

WILL BUSSES BE ON LATER?

Unfortunately the New Plymouth District Council and CityLink have no extra busses on. A citylink staff member told Youth in Politics "The council have not told us to stay on later, even if we wanted to stay on later, we can't because of this".

I HAVE BEEN TOLD IT IS AT THE BOWL, IS IT?

No, the fireworks display is NOT at the Bowl of Brooklands. The display is going off from the Wind Wand where stages are set up all over the CBD. Come to the landing at 7pm!!!