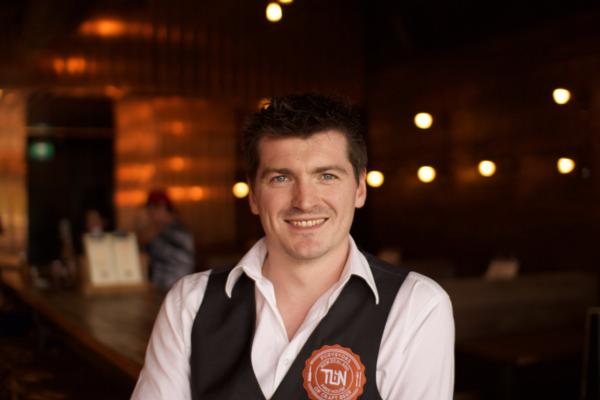 TO BE SURE, HE'S FIT FOR THE ROLE

You could call it the luck of the Irish but Ben Hartigan now has what many Kiwi beer fans would consider the best job in the world.

In his new role as operations manager of craft beer for Auckland bars 16 TUN and Andrew Andrew, Hartigan is putting his craft beer nous to work to ensure Aucklanders have the best craft beer options available to them.

As a craft beer aficionado, Hartigan is responsible not only for what patrons get to drink but also for sharing his extensive knowledge about craft beer and educating Showcase Hospitality staff about the different brews.

It’s a job he is eminently suitable for. Born in Ireland in to a home-brewing family, Hartigan has worked in hospitality venues from Dublin to Melbourne and from Sydney to Whangarei and Auckland.

Hartigan’s love for the industry was sparked through a part time job he held while studying psychology at University College Dublin.

After completing his degree Hartigan embarked on his OE trekking through Africa, South East Asia and Australia, often working in bars. In Sydney he honed his craft beer knowledge and skills before moving to Whangarei in 2009.

Soon after his move to Whangarei he was approached by the owner of an Irish pub with the rejoinder: “You’re Irish and work in bars and I have an Irish bar”. Hartigan’s time at McMorrissey’s Irish Pub was notable for his work educating both staff and customers on the merits of craft beer.

Following a move to Auckland in 2012 Hartigan managed Sky Sport Grill where over time; he flipped the craft-to-non-craft beer ratio on its head. “When I started, there were just five craft beers available and 35 mainstream brews. When I left, we were selling 33 different craft beers and seven mainstream.”

“It was at a time where craft beer was slowly becoming more popular with consumers and I really enjoyed the opportunity to introduce my passion for craft beer to our customers,” he says.

Hartigan’s appointment to Showcase Hospitality sees him balancing his knowledge of what tastes great with his experience of what sells.

It also fits with the recent opening of Showcase’s craft beer free house 16 TUN in Wynyard Quarter. As a craft beer destination, 16 TUN has an extensive tap and bottle offering as well as a wide variety of popular Kiwi food in ‘half tun’ and ‘full tun’ portions that are perfectly matched to the craft beer being served.

He is also a key source of education for the company’s staff through Showcase Hospitality programmes such as ‘Beer Boot Camp’ which ensures all staff are well equipped to share craft beer expertise with patrons.

Hartigan is a keen home brewer himself and his relationships within the industry help build not only his expertise in brewing but also the interesting and colourful history of craft brewing in New Zealand.