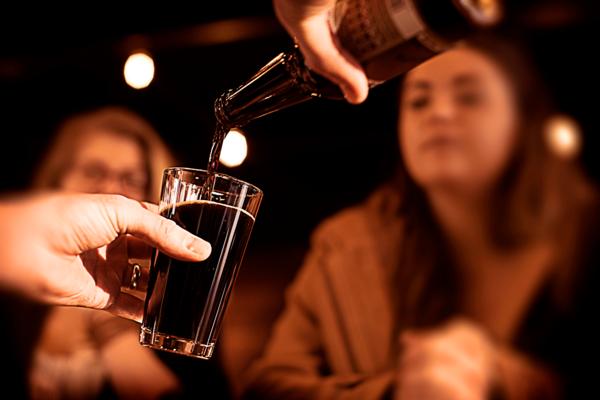 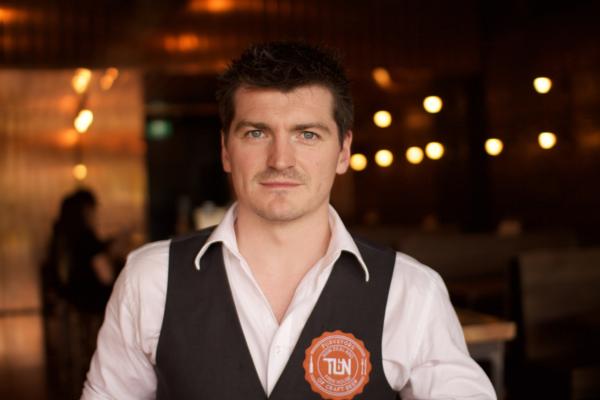 Against a backdrop of falling sales for mainstream brews, craft beer is a major growth area for brewers it seems.

Changes in drinking culture, simply better beer, more respectful styles and a fashion following are all contributing to the growth according to a leading craft beer aficionado.

Newly appointed Showcase Hospitality operations manager of craft beer Ben Hartigan is an Irishman who knows his brews. And he’s putting his craft beer nous to work to ensure Aucklanders have the best options available to them at bars 16TUN and Andrew Andrew.

As a craft beer professional, Hartigan is responsible not only for what patrons get to drink but also for sharing his extensive knowledge about craft beer and educating Showcase Hospitality staff about the different brews.

He says one of the strongest drivers of popularity for craft beer is people’s evolving and changing palates.

“That and the fact there is so much choice; and the tougher drink-drive regulations have also played their part in people spending a little more and taking longer to drink,” he maintains.

Hartigan says craft beer now commands about 10 per cent of the local market “if you include the mainstream brewers”.

“There is strong debate on what craft beer actually is,” he says. “Can the various brews produced by the larger breweries be classed as craft? To me, wherever beer is being produced inefficiently, that’s craft beer.”

“According to an ANZ review  of the craft beer industry, the number of beer firms has more than doubled since 2008 and yet consumption has dropped 10 per cent in the same period. Plainly it’s independent breweries contributing to that growth in numbers and a flight to quality over quantity that is driving the lower volumes.”

“And that’s one of the strengths of craft beer. There are many flavours and around 50 different independent craft brewers in New Zealand and beer drinkers love trying different tastes.”

If there’s plenty of variety, what are the trends for 2015?

“Last year my favourites all had really good big flavours – Haterade from Hallertau & Liberty and Epic’s Lupulingus are two examples.

“This year’s trend for big flavours will continue I reckon because Kiwi tastes are slowly maturing,” Hartigan says.

“Farmhouse ales  and sour beers  will continue to be popular – they were prominent towards the end of last year.  But I’ll stick my neck out a bit here and say wheat beers will come in to their own.”

He’s also a fan of gose (pron. gose-uh), a traditional German beer from Leipzig in Germany made using wheat and notable for its use of salt and coriander for flavour. “A salty, sour wheat beer sounds like a hard sell, but they are light and refreshing and delicious on a warm summer’s day.”

Hartigan says Kereru Brewing brought out a gose in 2014 which was made with karengo seaweed.

“It was a good way of testing the water with goses among kiwi beer enthusiasts. It went down well, and people’s interest was certainly sparked by it. I’ve had a good look around and I’m pretty confident that gose will be one on the beer styles to re-emerge in 2015.”

Hartigan says it’s hard to know why wheat beers haven’t been popular here, surmising it could be because they are a little too heavy.

“But I think this is the year for them to shine - perhaps when the weather cools a bit – as breweries attempt to crack Kiwi’s palates and introduce them to the great taste that is wheat beer.”

Offshore there’s a lot of stouts and porter beer coming out. “They’re very popular in cooler climates and as dark beers they have heaps of flavour – and can even be healthier for you. They have less carbs and more fibre. Hops are a good anti-oxidant and craft beer has an abundance of B vitamins in it too.

“Dark beers have many more elements to their flavour profile, which gives brewers much more to play with, and a greater scope to challenge people’s taste buds,” Hartigan says.

So, which craft breweries should we looking out for in 2015?

“I hesitate to single out individual breweries because there are many that are top class,” he says.

“On track record however, Good George has done a number of good things with sour beers in 2014 and that’s likely to continue I believe. 8 Wired have just opened a new brewery in Warkworth and is more than likely to come out with some good brews in 2015,” Hartigan says.

In summary, Ben Hartigan’s top five craft beer predictions for 2015 are:
• The trend for big flavours will continue
• Farmhouse ales and sour beers will continue to be popular
• Wheat beers will come in to their own
• Gose beer will re-emerge as a popular style
• Dark and healthy hasn’t really taken off here yet but that could change in 2015

About Showcase Hospitality
Showcase Hospitality Group operates seven bars and restaurants in central Auckland including 16 TUN, Andrew Andrew, Provedor, Lenin, The Carpark, Bungalow 8 and Freddy’s. Showcase Hospitality, founded as IBA Ltd in 1999, has been providing entertainment for partygoers for more than 15 years. The bars provide a comprehensive range of quality craft beer, wine and cocktails. Their newest opening 16 TUN is a Free House in Wynyard Quarter’s North Wharf that specialises in craft beer. 16 TUN has an extensive beer offering and a wide variety of popular Kiwi food perfectly matched to the craft beer being served.