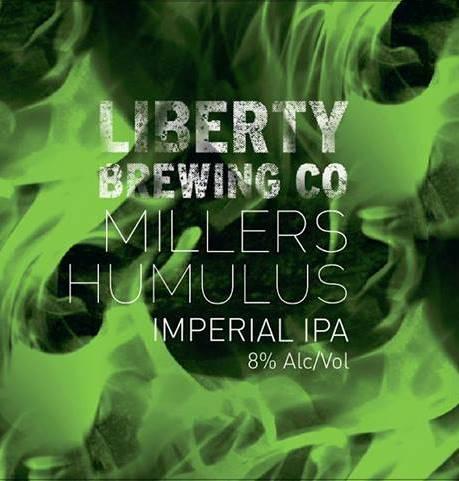 It’s a combination that’s almost guaranteed to make you feel as though the enamel is being stripped from your teeth*.

16 TUN, Liberty Brewing’s latest ‘M!llers Humulus’ and the man himself, Neil Miller all in the same room, all enjoying the brewery’s latest homage to the renowned Kiwi beer writer.

Liberty’s new brew is a double IPA created especially to celebrate Miller’s accolade of August 2014 when he was awarded champion beer writer of New Zealand.

And 16 TUN in Wynyard Quarter is the place to be on Saturday March 7 when patrons will have the opportunity to taste the new brew served by Miller himself as he joins the Liberty team to crack the first keg.

16 TUN operations manager Ben Hartigan says it will be a “sweet occasion”.

“This is the only beer Liberty’s Joe Wood has brewed in honour of anyone – that is, other than the two beers he brewed for Neil in 2011.

“I’ve been fortunate to try ‘M!llers Humulus’ – it has a big, slightly sweet hop flavour up front  that slowly fades away to a  massive grapefruit hop bitterness which lingers. You start thinking it’s sessionable – then soon change your mind.”

‘M!llers Humulus’ is brewed with 100 per cent imported American malt giving the beer “a carbon footprint nearly as big as its own bitterness” according to Liberty’s Wood.

Hartigan says double IPAs are like IPAs on steroids with massive hop flavour and aroma. “They are difficult and expensive to make – you can lose around 40 per cent of the brew through hop absorption. Very inefficient, but very entertaining.”

16 TUN is the only on-premise venue in Auckland to have the kegs; some will go to Wellington and there will be about 3,500 bottles in Liquorland.

In August 2011 Liberty created two beers in honour of Neil Miller, one using UK malts, the other malt from the USA.  It was a popular brew, hence the renaissance Wood says.

*Some IPAs are so hoppy they are referred to as giving the impression they are stripping the enamel off your teeth. Hop heads love it, Hartigan says.

About 16 Tun
16 TUN is a Free House in Wynyard Quarter’s North Wharf that specialises in craft beer. 16 TUN has 19 craft beers available on tap, with a bottle range that exceeds 70 different beers, across a myriad of styles.  The 16 TUN kitchen provides a wide variety of crafted Kiwi food in ‘half tun’ and ‘full tun’ portions that are perfectly matched to the craft beer being served.
www.16tun.co.nz / www.facebook.com/16Tun /  https://twitter.com/16tunnz