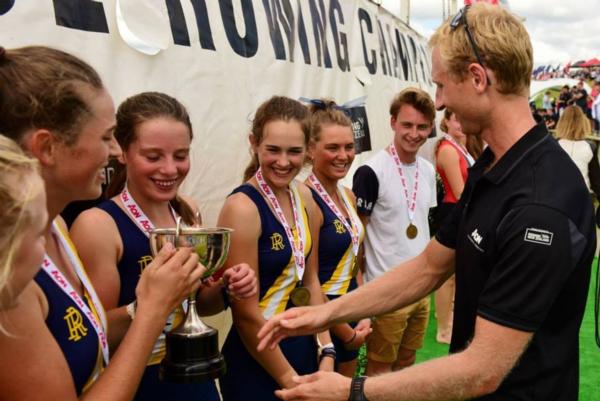 Two gold medals are the icing on the cake for Rangi Ruru after this years Maadi Cup Rowing Regatta.

37 girls took part in what was one of the most successful Maadi Cup outings for Rangi in several years, with 34 making A finals.

Additionally, Rangi increased its ranking to 7th out of 122 schools overall. Last season the school was ranked 25th.

2196 students competed at the regatta which is the biggest in New Zealand.

GOLD in the Under 15 coxed four and winners of the Waikato Diocesan School for Girls Cup:

GOLD in the Under 15 eight and winners of the Tauranga Girls High School Cup:

SILVER in the Under 18 Four:

BRONZE in the Under 16 Four:

Rangi rowing coach Mark Cotham says the school took a very tight fourth in the U18 pairs race which is an extremely competitive event.

"The girls raced exceptionally well and all the Rangi Ruru coaches (me, Fi, Ben, Jack and Izzy) are incredibly proud of their achievements."

Coach Fiona Patterson has been selected to coach those selected.

The following girls were awarded top 10 medallions for coming top 10 in an Under 18 event: