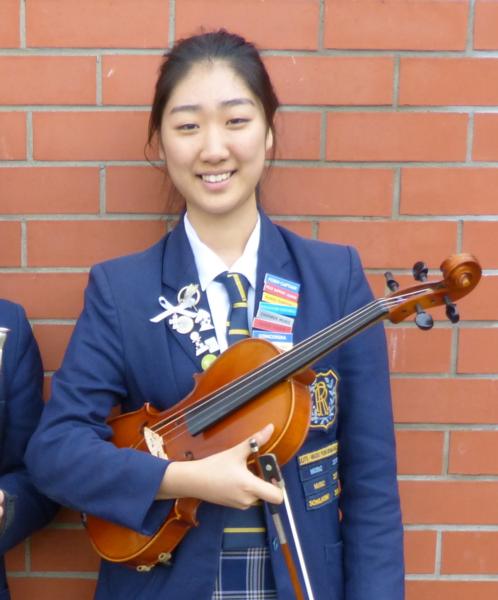 A record thirteen music students from Rangi Ruru Girls’ School will take the stage with the NZSSSO (New Zealand Secondary Schools’ Symphony Orchestra) this Friday in Christchurch and they will be led by one of their own.

Rangi’s Director of Music, Janet Kingsbury, says the orchestra has been rehearsing in Christchurch this week, preparing for a concert at 7pm this Friday at The Charles Luney Auditorium at St Margaret’s College (Winchester Street, Merivale).

"If you want to see and hear what our young people can achieve, you simply must come along on Friday," she says. "We are not only very proud of our students, but of the orchestra as a whole; they are stunning musicians."

Mrs Kingsbury says so often news about young people is negative.  However there are many who are achieving stunning things and they too should be seen and heard more widely than they are.

“Within this orchestra are some of our role models for the future, living proof of what can be achieved with talent and very hard work. Let's acknowledge that and celebrate with them," she says.

Mrs Kingsbury says nothing would show that acknowledgement and celebration more than coming out on any night to see this exceptional group of young people, as talented as those seen on stages anywhere around the world.

The full list of Rangi Ruru students who will perform as part of the orchestra are: