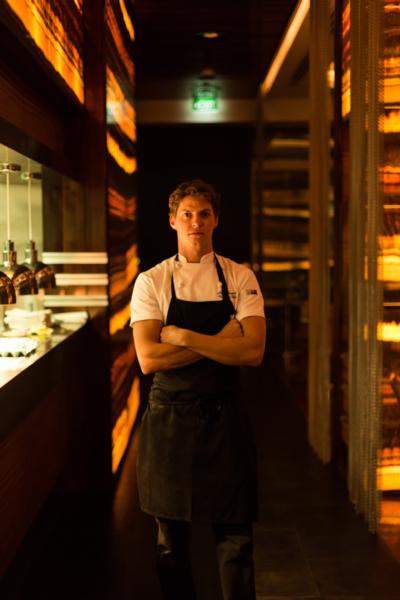 France to get a sophisticated taste of Kiwi

Chef Nick Honeyman is living his ambition to chase the sun cooking in summer restaurants around the world.

The celebrated chef has announced he is moving to France for two months to cook at and manage Le Petit Leon, a small provincial restaurant in a region that he says is “like the Mecca of food”.

The South African-born chef is a seasoned traveller and has previously worked as head chef at Le Petit Leon in summers from 2004 to 2007. This year he returns in July and August for the first time running the entire restaurant with complete control over the menus, kitchen and staff.

Le Petit Leon is open for only two months a year and is located in a small farming village called Saint Leon sure Vezere in the Dordogne region south western France.

Honeyman, an unfailing advocate of both New Zealand foods and local fresh produce will draw inspiration from the local markets when planning the restaurant’s menu.

“The restaurant focus will be on farmhouse and simplicity. It’s a classic old school French bistro but I will definitely be featuring some of my Kiwi favourites such as Ōra King salmon, lamb and venison.

“Plus I want to work with the local fresh produce such as black truffles, fois gras, honey and walnuts. And the local cognac is world renowned. It will be a step change from the menus I usually create.”

To help with the menu Honeyman is taking three New Zealand chefs and Masterchef 2014 winners Karena and Kasey Bird are going to do a three week stint at Le Petit Leon.

Ōra King general manager of marketing Jemma McCowan says the opportunity to work with Honeyman in France could not be ignored.

“When Nick told us about his latest venture we didn’t think twice before jumping on board. It provides wonderful exposure for a New Zealand brand in one of France’s most intriguing summer restaurants.

“We also love working with Nick who has been a strong supporter of Ōra King for some years now.”

Honeyman says the region is “like the Mecca of food”.

“It’s an ambition of mine to travel the world, chasing summer and working in interesting restaurants.

“Saint Leon sur Vezere is surreal, stunning and steeped in history. The restaurant is opposite a stunning 15th century castle, it’s set alongside a beautiful river, the town has cobblestones and feels almost medieval.

“The team will start the days heading to the local markets to buy the best of produce from the region, then to the restaurant to prep and cook lunch. After lunch we will swim in the Vezere River before prepping for dinner service.”

Opening night is 1 July and the restaurant closes at the end of August.

Before he takes off for France Honeyman is doing a pop up restaurant at Giesen Wines’ cellar door in Blenheim open from June 4 to 7.