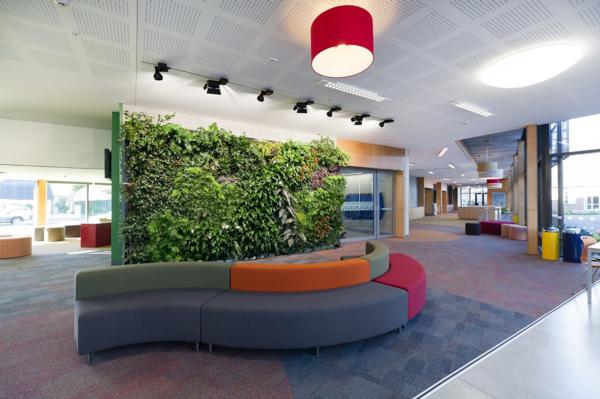 Rangi Principal Julie Moor described the win as “fabulous for the team” as the school’s Science Building, the Gibson Centre and the Mana Wahine Building were awarded Gold.

The awards are an annual celebration of excellence in property development judged on economic and financial factors, project vision and innovation (including degree of difficulty), design and construction, owner and user satisfaction, and sustainability and efficiency of operation.

Julie Moor says it was important that the projects delivered the very best for students without encumbering the school and parents, current and future, with high debt.

“This was absolutely key in our planning and execution,” she says. “We needed to be confident that we were getting excellent value in terms of outcomes, for what we were spending. Quality could not be compromised and prudence had to be maintained with regards to budgets and expenditure.”

Moor says the number of buildings included in the nomination for the Coffey Education and Arts Property Award, is testament to the teamwork on the campus redevelopment, called Project Blue Sky.

“Having such a professional well-tuned team means that everyone got on with what they do best and achieved the very best outcomes,” she says. “That’s what happens when a vision is truly understood, shared and worked on by everyone, together.”

Ms Moor says the Rangi Ruru campus has some of the most outstanding buildings in the country.

“These are purpose built, modern, sustainable and just as importantly I think, really striking. Form follows function and these new buildings show what can be achieved when that function is so well understood by everyone from the school community through to the architects, who then design something that enables that function to be the most effective it can be - while of course being so striking at the same time.”

The three new buildings are part of Project Blue Sky, a multi-million dollar campus redevelopment which started soon after the 2011 February earthquake in Christchurch.   http://www.rangiruru.school.nz/project-blue-sky

There were a number of Christchurch buildings up for awards tonight, and the Isaac Theatre Royal was in the same section (Coffey Education and Arts Property Section) as Rangi Ruru.