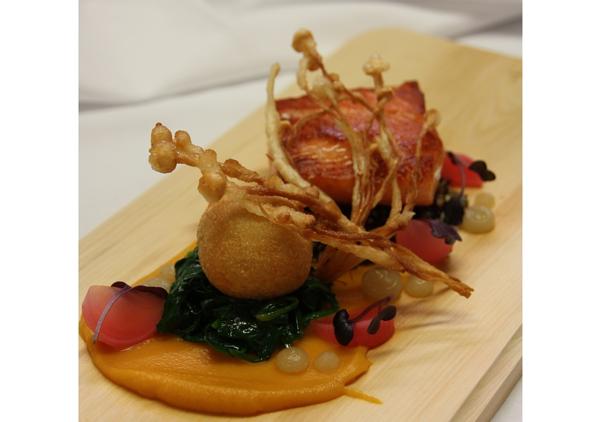 The annual Ōra King Awards return in 2015 for a third season – and chefs around the country and around the world will be sharpening their knives to compete for one of four titles.

While the ambassador awards are decided solely by Ōra King’s global team, nominations for the best dish awards are made by chefs and diners throughout the country and the final judging is handed over to industry experts.

The first 10 New Zealand restaurant entries via the competition website for the Best Ōra King Dish Award 2015 get the opportunity to run an Ōra King funded competition on their restaurant Facebook page for greater diner engagement.

Members of the public who vote for a dish using the #orakingawards go in the draw to win a $400 dining experience courtesy of Ōra King Salmon.

The short-listed restaurants will be judged by respected food writers Lauraine Jacobs and Anna King-Shahab.

“The continuing high calibre of entrants for the awards shows that Ōra King chefs and restaurants are very much behind the concept.

“The Ōra’s are all about celebrating the efforts of those who have contributed their expertise, creativity and passion to Ōra King during the past year. We are absolutely delighted to have Lauraine and Anna on board to independently decide on the winners,” Ms McCowan says.

The New Zealand winners last year were Glen Taylor from Taylors on Jackson in Petone who took out the Best NZ Ōra King Ambassador while Ben Batterbury from The Rees in Queenstown was awarded Best NZ Ōra King Dish.

Entries are open from today (15 June) until 31 July. Judging commences on 1 August. Finalists are announced on Monday 21 September and the winners announced at the awards ceremony in Marlborough (20 October).

Lauraine and Anna will be judging all dishes on a set criteria which includes:

“Ōra King Salmon has become a premium New Zealand food brand and leads the way in telling our excellent culinary story to the world,” says Lauraine Jacobs. “I am excited and honoured to help to spotlight the remarkable chefs who share their vision and innovation through this amazing product.”

Nominations remain open until 30 August and terms and conditions can be viewed on the Ōra King website here.