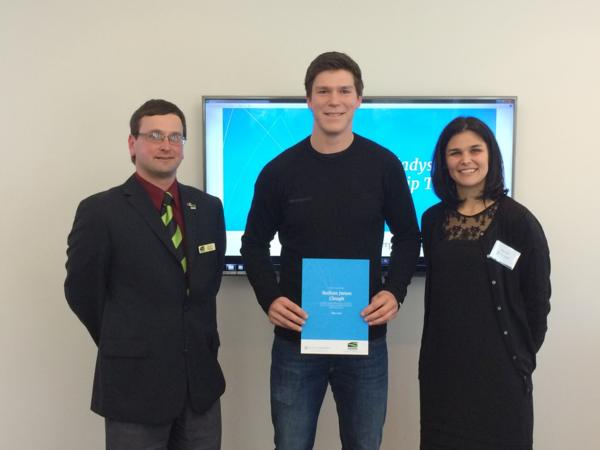 Agriculture and farming, as the backbone of New Zealand’s economy, is reliant on highly skilled young Kiwis entering the trade to keep the industry buoyant and world-leading. Improved career progression opportunities, support networks and scholarships are attracting a higher calibre of young blood to the industry than ever before.

One such trust has been described as a fine example of a scholarship programme which enhances career prospects outside the traditional farming scope. The Taranaki-based Alexander and Gladys Shepherd Scholarships Trust – managed and administered by Perpetual Guardian and supported by Federated Farmers Taranaki – has provided nine young locals a helping hand to start their farming careers in the form of a $2,000 scholarship each, thanks to the generosity and foresight of the passionate local farming couple that established the eponymous trust in 1989.

More than a quarter-century later, the Alexander and Gladys Shepherd Scholarships Trust has become a boon and beacon for New Zealand’s farming industry as it seeks to attract and retain young Kiwis.

Federated Farmers executive member Bryce Kaiser says, “The path you travel, no matter your career choice, can be convoluted. In farming, the traditional apprenticeship route has been bolstered by trusts such as the Alexander and Gladys Shepherd Scholarships Trust, and there isn’t another quite like it in the country or the Taranaki region in that it focuses purely on farming. In recent years we’ve observed a fuller breadth of skills among school-leavers that can be applied in the various career options in the agriculture and farming sector. It’s an honour to be part of bestowing the Shepherds’ legacy and to help foster successful farmers.”

Careful management and investment of the trust’s funds by Perpetual Guardian has protected the Shepherds’ legacy and increased the amounts available for scholarships. Since 2010, the trust has distributed more than $144,000 in scholarships, and since 2014, twice-yearly distributions have become standard.

Gladys and Alexander Shepherd (the latter hailing from Scotland) married in 1923 and forged their passion for farming on a Mangawhero Road farm in Riverlea, where they worked for 40 years. The couple retired in 1963 and brought in a sharemilker to take over the work. In accordance with the Shepherds’ will, a charitable trust was established and its income directed to fund scholarships and bursaries for locals aged under 21 to study towards an agricultural or farming career.

Jade Tyrrell, client assistant at Perpetual Guardian New Plymouth, says, “It is a privilege to share this wonderful legacy with young, up-and-coming New Zealand farmers, who will make a valuable contribution to an essential New Zealand sector. The Alexander and Gladys Shepherd Scholarships Trust is a superb example of how structured philanthropy can touch many lives and fulfil the wishes of specific individuals for many generations.”