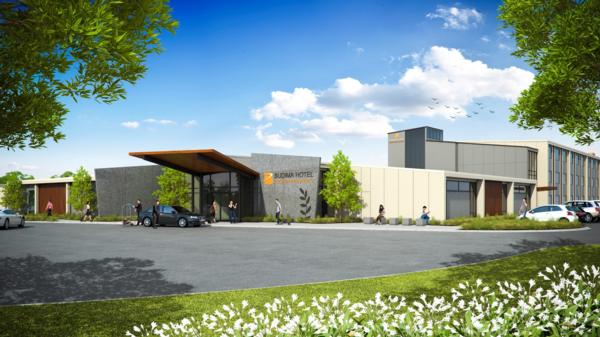 The first stage of a two-year $25 million redevelopment project at Sudima Christchurch Airport is now complete, and access to a new wing incorporating 88 state-of-the-art executive rooms and suites has shifted from construction workers to guests. This extensive redevelopment project will assist in elevating the hotel to sought-after 4.5-star accommodation status.

Sudima Hotels and Resorts chief executive Sudesh Jhunjhnuwala says, “Sudima Christchurch Airport is a special place that holds many memories for people who have stayed with us over the years. The developments and investment in the hotel are key to our commitment to not only the local region but the tourism industry in New Zealand, and we are actively seeking new investment opportunities in main centres around the country.”

Opened on 31 July 2015, the brand new executive rooms and suites present a fresh and modern offer to domestic and international guests, with contemporary design by Catalyst Consulting.

Stage two of the extensive redevelopment project, due for completion in late October 2015, will include a brand new lobby and façade, plus an expansion of the hotels current conference facilities to cater for up to 300 guests in theatre-style. In addition, the hotel will boast two additional conferencing venues able to host a further 120 guests theatre style as well as two new board rooms all with natural light.

Sudima Hotels and Resorts director of operations Les Morgan says it’s thrilling to see Christchurch city starting to take shape, and developments at the neighbouring Christchurch Airport have vastly improved the gateway to the city. “Sudima Christchurch Airport’s grand reopening in November will present quite a dramatic image. The new façade will be visually striking and set the tone for travellers coming through the city.

“The travel and tourism market is vibrant and has really opened up which is encouraging for our industry. The developments at Sudima Christchurch Airport are among many within the airport precinct, and coincide with the recent opening of Spitfire Square, which was highly anticipated. We are working collaboratively with the airport to ensure our accommodation and conference offerings really hit the mark and are supremely attractive to guests.”

Sudima Christchurch Airport is a two-minute walk from the airport and offers a first-class full-service facility, including an on-site bar and restaurant. The hotel will boast 241 rooms upon the $25 million development project’s completion.

Bookings can be made now via www.sudimahotels.com.