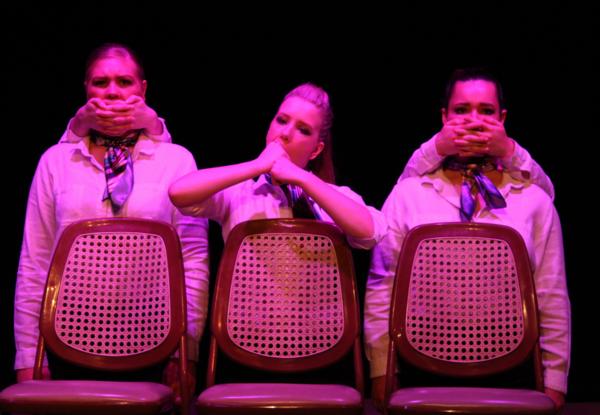 ‘Breaking News’ explores the relationship between of self-image and media, and Robert Gilbert describes the play as a perfect fit for the girls.

“As an ensemble piece of physical theatre, they really had to commit to a disciplined rehearsal regime.  They put their hearts and souls into their roles and that came across with their winning performance,” he added.

This is only the second time Rangi Ruru has competed at the festival.  In 2013 a group of Year 12 students won Best Production for their performance of ‘Bottom’s Tale’, an excerpt from William Shakespeare’s ‘A Midsummer Night’s Dream’.

‘Breaking News’ is Angie Farrow’s newest play and was written with young female performers in mind.  It is the story of a famous newsreader who one day finds herself not just reading the news, but inside of it, not just a detached observer, but an active participant.  Her experience takes her on an extraordinary journey of adventure and self-discovery.

In addition to being critically acclaimed, Angie Farrow has won numerous awards for her theatre plays including The Pen is A Mighty Sword International Play Competition in 2007 and The Bruce Wrenn Award for Outstanding Contribution to New Zealand Writing for her community theatre play ‘Before the Birds’ (2009).  Her short plays have won many awards on the international stage including Peoples' Choice at the Inspirato Festival in Canada for ‘Tango Partner’ (2011) and Best Script for her play ‘Lifetime’ at the Short and Sweet Festival in Singapore (2010).