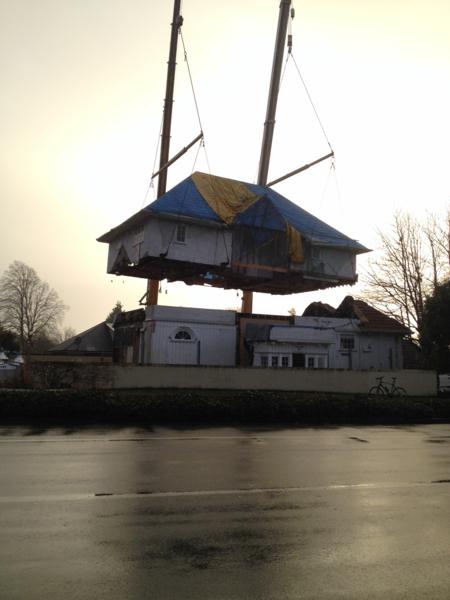 A Christchurch house being lifted onto a new site after the quakes CREDIT: Ali Jones

The Private Insurance sector continues to overstate the rate of progress of Canterbury earthquake insurance settlements.

That from Christchurch accountant Cameron Preston who says figures in a media release from the lobby group¹, the Insurance Council of New Zealand, are wrong.

The Chief Executive of the Insurance Council, Mr Tim Grafton said yesterday: “Nearly 5,400 major repairs and rebuilds were completed in 2015 which reflected a 21% rise in the settlement rate last year compared with 2014”.

Cam Preston says, if the data provided by the Insurance Council’s members is be to believed, they have cumulatively completed nearly 5,400 major repairs and rebuilds in total for the 5+ years ended 31 December 2015 (since the first earthquake), and not in the 2015 year as stated by Mr Grafton.

“The data² supporting Mr Grafton’s statement, which is supplied to the Insurance Council by the its private insurance company members, via the Ministry of Business Innovation and Employment (MBIE), clearly shows that in the 5+ years since the earthquake sequence began, only 2,430 repairs and 2,865 rebuilds have been completed by its members in Canterbury,” he says.

“Their own data contradicts their CE’s statement yesterday and the vast majority of those rebuilds and repairs (13,663 or 72% of all settlements) have been cash settled so let’s not jump to the conclusion that these are “builders on the ground” completed repairs and rebuilds. There are thousands of homes in the same condition as they were after the quakes which in itself could create another problem.”

Preston says it is incredibly disappointing that figures related to something which continues to cause so much stress and upset for people unnecessarily and years after the events, are still not being presented correctly.

He adds that it is just as concerning that the rate of completed repairs and rebuilds is slowing down, not accelerating as stated by Mr Grafton.

“Let’s take a look at Southern Response, the Crown entity charged with settling 7,800 of the 25,000 claims in Canterbury. SR has completed only 967 rebuilds and 569 repairs after more than 5 years, and progress is slowing³,” he says.

“Statistics for the other insurers are not available as they simply refuse to release them, and when they do they are over-stated or incorrect. Not only are the Mr Grafton’s statements wrong, but he is obfuscating. This means the reality, which is that private insurance industry is less than 50% of the way through their repair and rebuild programmes, and more worryingly they are actually slowing down, is lost. The delays to rebuilds and repairs are designed to save the insurers money by wearing policyholders down, who after 5+ years have run out of patience and energy, so simply throw in the towel and accept low ball cash offers,” he says.

I've been working over the last 3-4 years with people to progress their claims, often dealing with EQC, leading to claims going over cap. I had one 2 weeks ago - it should have been over cap three-4 years ago. The couple have paid for professional advice to support their position of having an over cap property; we are now requesting reimbursement for this costs incurred which are in the thousands.

These people are not exceptions.

I'm calling for a look at changing the law, so we can have in legislation, timeframes within which EQC and Private Insurers must settle claims. This is done overseas I believe - with financial penalties if this doesn't happen. And let me just add, private insurers are far from blameless in these delays. I am disappointed that Mr Grafton's media release does not acknowledge that his members could also do better and this is not only an issue for EQC.