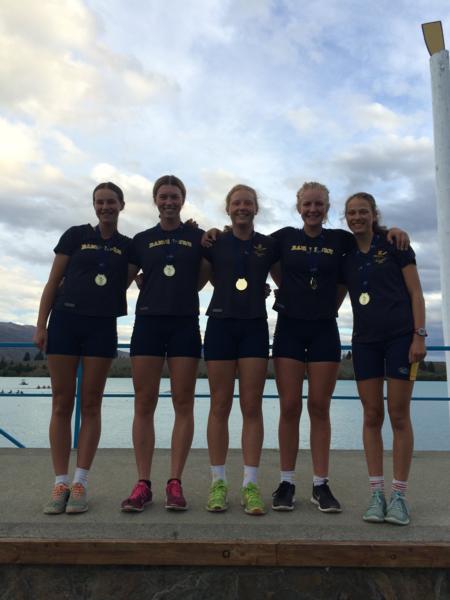 Winning gold in the Under 17 fours, Under 18 novice eights, Under 16 eights and Under 16 fours, put Rangi Ruru behind only STAC and CBHS, making them the top achieving girl’s school in the weekend competition.

Cotham says the results are a positive foundation heading into Maadi Cup next month.

“The coaching team is looking to refine and polish the crews leading into Maadi,” he says.

A total of 1104 pupils from 48 schools raced in 203 races at the weekend at Lake Ruataniwha.