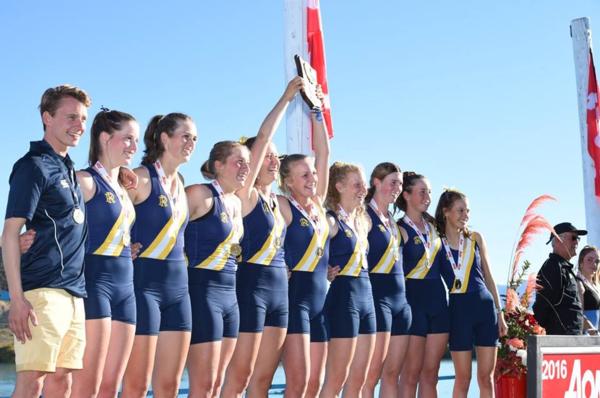 Christchurch’s Rangi Ruru Girls’ School has been named the Top Girls’ School at the Maadi Cup over the weekend, finishing an overall 4th in the national secondary schools rowing regatta.

All of the crews achieved beyond expectations competing in 12 A finals and three B finals, and Director of Rowing, Mark Cotham says the teams are achieving well ahead of where he thought they would be at this stage of their development.

“This is only the second time ever that the school has won the Executive Trophy and winning the Top Girls’ school title is a wonderful achievement.  We never expected to be in contention for the title so that’s extremely rewarding,” he says.

Cotham adds that most if not all of the girls performed under incredible pressure in all races; some they won in tight finishes and in others they were completely dominant.

“We will now build on this success and keep the winning momentum going,” he says.