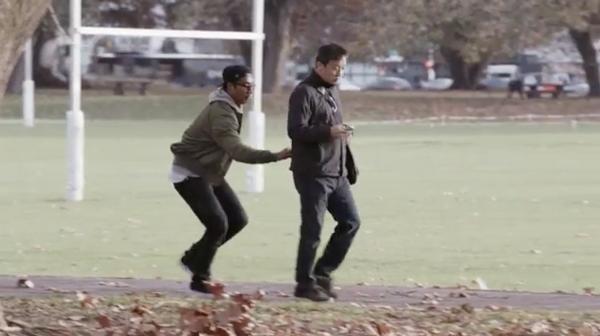 Check your back pocket! The Co-operative Bank gives $2.1 million back to Kiwis

Today marks a very special day for more than 130,000 New Zealanders – it’s Happy Rebate Day, a day when The Co-operative Bank gives back a record $2.1 million dollars to its customers – Kiwis! This is an increase of nearly 17% on last year, and is more than double the first rebate that was paid in 2013.

And it’s not just putting money back into the pockets of its customers. To celebrate Happy Rebate Day, The Co-operative Bank has redefined what it means to give back by put-pocketing (not pick-pocketing) everyday Kiwis with cold, hard cash.

Throughout the week, unsuspecting members of the public were put-pocketed, with bundles of cash slipped into their pockets, bags, jackets, and hoods.

“The put-pocketing video is yet another great example of how The Co-operative Bank is different, which is not an easy distinction to achieve as a bank,” comments Corporate Anthropologist, Michael Henderson.

“I was really interested to see that people were able to be disarmed with a smile from the put-pocketers, after being initially caught off guard and assuming they were up to no good. It’s a nice metaphor for how The Co-Operative bank is not like other banks.”

The Co-operative Bank GM of Marketing & Online, Grant Jennings, had this to say:

“We want Kiwis to discover that one bank is genuinely changing banking for good. We’re the only bank in New Zealand to share our profits with its customers – we genuinely put the customer and their needs at the very heart of everything we do.”

“We wanted to show all New Zealanders what it feels like to get money from a bank in the form of a rebate, acknowledging the depth of their banking relationship with no strings attached!”