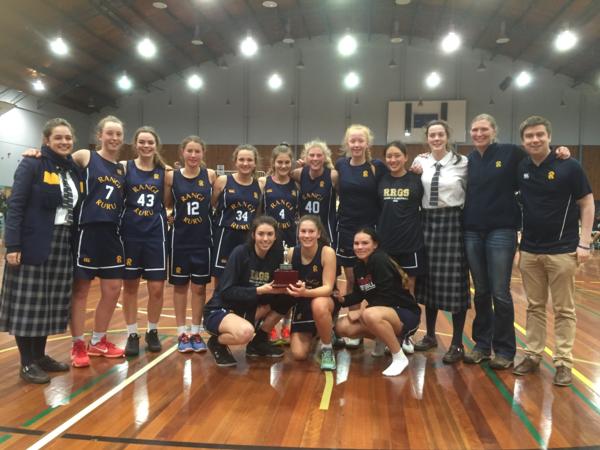 The final score was 74-62 and CGHS hadn’t lost a game this season prior to the Wednesday night final.

Rangi Ruru Director of Sport Jo Fogarty says the final was extremely close towards the end after the narrowing of a nearly 30-point lead.

Rangi's Esra McGoldrick was awarded MVP and Jo Fogarty says "it was thoroughly deserved with more than 70 points scored by Esra in the past two days. Quite outstanding."

Esra was well supported by her team mates who really pulled out all the stops to take this final against a tough opposition.

“The Whelan Trophy is named after a former Rangi Ruru basketball coach so this is a particularly special win for Rangi Ruru,” says Jo Fogarty.