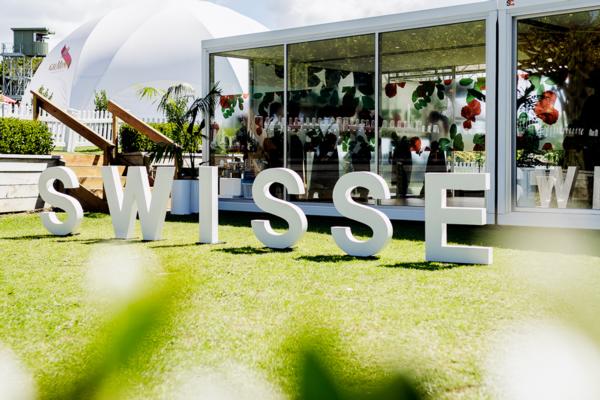 After a fantastic inaugural year at Auckland Cup Week 2016, leading global health and wellness brand Swisse NZ is thrilled to confirm it has extended its partnership with Auckland Racing Club for another year.

Next year’s Auckland Cup Week will see Swisse taking things to another level at both Derby Day and Auckland Cup Day, with some exciting new additions to their coveted space, which will be revealed in coming months.

As well as offering the very best spot to catch all the action on the track, the 2017 event is set to build on what was an epic week at the races this year, which featured a plethora of entertainment to wow guests, including Avalanche City, Nathan Haines, and Hollie Smith.

Off the back of collaborating with top Australian celebrity chef George Calombaris and NZ favourite, Ben Bayly in 2016; this summer, Swisse will continue its tradition of teaming up with big names in the food world, as well as setting its sights on some homegrown cocktail inspiration.

Swisse’s partnership with Auckland Racing Cup is one of many exciting campaigns in New Zealand and highlights the brand’s commitment to becoming the world’s number one wellness brand.

At Swisse, the belief is that good health should be fashionable, and as such Swisse has been a long-standing supporter of Australasian racing, partnering with the Victorian Racing Club and Spring Racing Carnival, and welcoming some of the world’s highest profile names to experience the biggest race festival in the country, including Hilary Swank, Kevin Dillon, Nicole Kidman and Margot Robbie.