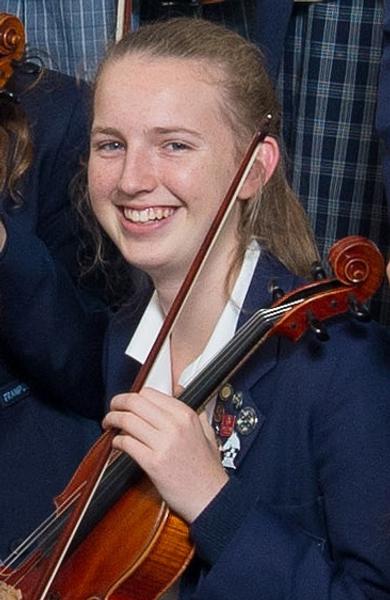 It’s been another stunning year for Rangi Ruru’s musicians as they continue to achieve on the national stage, up against much older performers.

Thirteen girls from the leading girls’ school have successfully auditioned for the 2017 NZSSSO (New Zealand Secondary Schools’ Symphony Orchestra), which will meet during April next year in Christchurch for five days of intensive rehearsals and a public concert.

Director of Music at Rangi Ruru, Janet Kingsbury says it is wonderful to yet again have such a strong Rangi representation.

“For the last few years, the level of representation from Rangi Ruru has been unprecedented,” she says. “These talented young women continue to punch well above their weight.”

The full list of NZSSSO members from Rangi Ruru are:

The entire orchestra can be viewed at http://nzssso.com/orchestral-list

To add to the school’s success at this time of the year, two musicians from Rangi Ruru have had their achievements recognised with selection to national music programmes.

Year 12 student, Jessie Anderson has been awarded the Noel Newson Cup for 2016.  This cup is awarded to an ABRSM (Associated Board of the Royal Schools of Music) candidate in Christchurch who shows exceptional promise in more than one instrument.

This year, Jessie passed Grade 8 with high distinction marks on both the piano and viola, an outstanding achievement for Jessie, saysRangi Ruru’s Director of Music, Janet Kingsbury.

“Jessie has shown great commitment to her music this year and this selection is further recognition of her immense talent,” she adds.

Jessie has been invited to perform at the High Scorers Concert to be held at The Piano in Christchurch on 16 December.

Fellow Year 12 student Grace McKenzie has been accepted as a violinist for the second year in a row for the Adam Chamber Music Summer School, held in Nelson at the start of February 2017.

Grace joins violinists and alumnae Grace Leehan and Claire McSweeney (Year 13 leavers 2015) at the summer school, which is for outstanding young musician up to the age of 25 years, with most participants working at a tertiary level or beyond.

Participants are tutored by national and international artists.