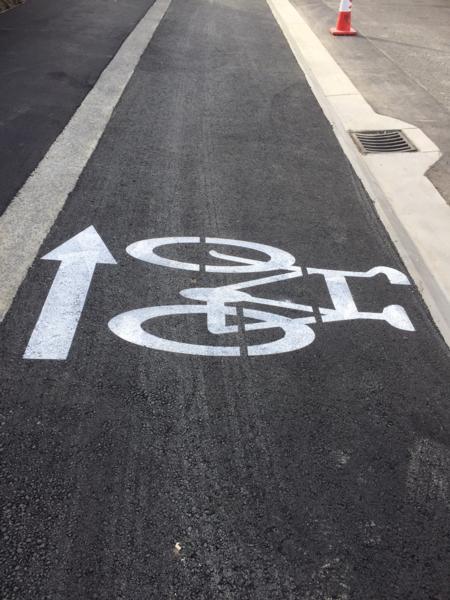 The Rutland/St Albans Street intersection should be returned to a two way road next week as cycleway roadworks continue.

The Papanui Innes Community Board has been liaising closely with Christchurch City Council officers as the work progresses.

Ali Jones, Papanui Innes Chair, says, “This is a difficult time for those of us who live, work, go to school or travel through this busy area of St Albans. There are multiple groups involved in the cycleway work as well as fibre cabling going on. It’s a huge job and the work on this cycleway is being undertaken over a 9-month period when usually it would take two years.”

Jones says the return to a two-way flow from Springfield Road to Rutland is good news as the access will allow more traffic past the businesses on Rutland Street.

“The current one way section of St Albans between Trafalgar and Rutland will remain as a give way intersection and we have been advised that this is because there isn’t enough road width available for two way traffic until the construction of that section is complete.”

Undergrounding of some of the overhead power cables and poles is slowing progress in that area and Ali Jones says the underground conditions are challenging for contractors.

“The water table and soft ground are always challenges in St Albans as residents know.”

As far as the new traffic signals going in at the Rutland/St Albans corner are concerned, CCC hopes to have them operational by the end of April and if they can get them completed earlier they will.

Before the Papanui Parallel cycleway becomes operational (particularly along Rutland Street),  Ms Jones says there’s a plan in place to communicate with residents and users, bringing them up to speed on things like safety for cyclists, pedestrians and CCC bin placement.

“The design team has developed 3D drawings that show the various scenarios for where rubbish bins need to be placed and CCC plans to deliver letters specific to each address before the cycleway opens,” she says.

The letter will explain how the cycleway operates (one way/two way, shared path and so on), what residents should look for when entering and exiting their property, and where rubbish bins are to be placed with an applicable picture making that clear. In some instances, CCC will also paint small rubbish bin symbols on the road where the bins are to be placed. There are 5 different locations for the bins depending on the type of cycleway facility.

Jones says the CCC has already completed a trial in the Papanui Innes Ward on Sawyers Arms Road with Waste Management, using one of the rubbish trucks.

The CCC will start delivering letters to residents as the cycleway sections are opened. Until then, the contractors will move the bins for the residents on rubbish day.