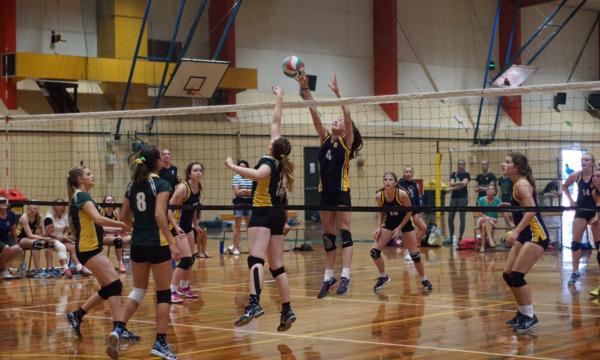 Rangi Ruru's Senior A's (far side of the net) in Action at Pioneer Stadium CREDIT: Supplied

Rangi Ruru’s Senior A Volleyball team has won Division 2 of the Mainland championship at Pioneer Stadium in Christchurch.

Competing against teams from across the South Island last Sunday, Rangi Ruru beat Waimea College 3-0 in the final.

Rangi Ruru volleyball convenor, Paula Rule said finishing top of the pool going into the semi-final against local rivals Lincoln College was a huge confidence boost for the team.

“The team had a tough start to the tournament with a loss in the first game. It forced the girls to regroup and take some lessons from the game that they were able to apply to the rest of the tournament,” said Ms Rule.

“It was a huge weekend for the girls and a great opportunity to build strong combinations leading into nationals,” Ms Rule added.

The National Secondary School’s tournament takes place in Palmerston North at the end of March.