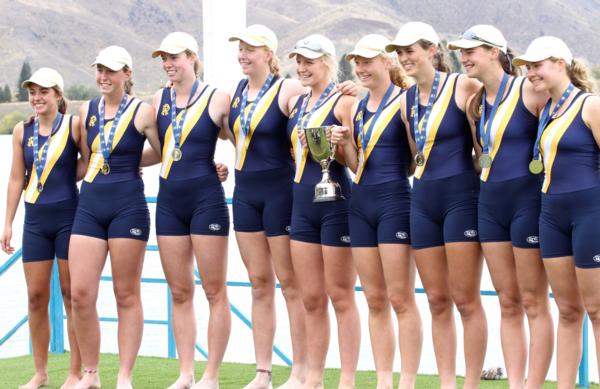 Rangi Ruru’s Director of Rowing, Mark Cotham says these are very pleasing results in the build up to Maadi but there’s still a lot of water to go under the bridge and the girls will continue training hard over the next couple of weeks.

“This is a helpful check-up for us all as we look ahead to Maadi but it is business as usual until then,” he says.

Rangi Ruru Girls’ School was the 2nd placed school overall in the champs, with STAC placing 1st but of course being co-ed, STAC enters both girl’s and boy’s races.

I Evans, S McCartin, I Carter, A Sproat + A Williams