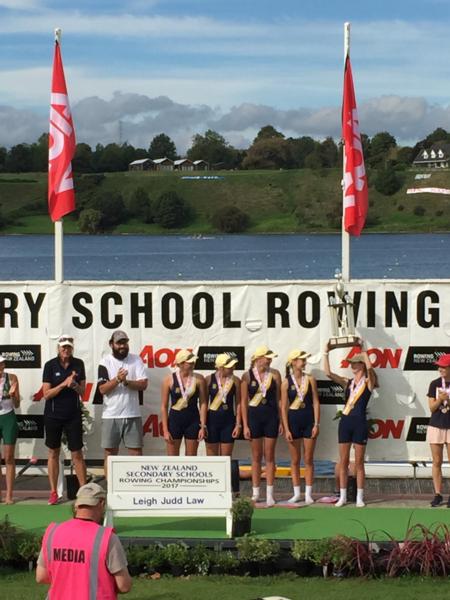 Christchurch’s Rangi Ruru Girls’ School has been named the Top Girls’ School at the Maadi Cup over the weekend, finishing an overall 5th equal in the national secondary schools rowing regatta.

Winning three gold and two silver and two bronze medals, Rangi Ruru was the top girls school in the competition of more than 2000 rowers at Lake Karapiro.

Director of Rowing, Mark Cotham says all of the girls performed under incredible pressure in a competition that is clearly becoming much tougher each year.

“Rangi Ruru really stood out in the competition as the leading girls’ school,” says Mr Cotham. “There’s keen competition from around the country and our girls held their own as they did last year. We are very proud of them all.”