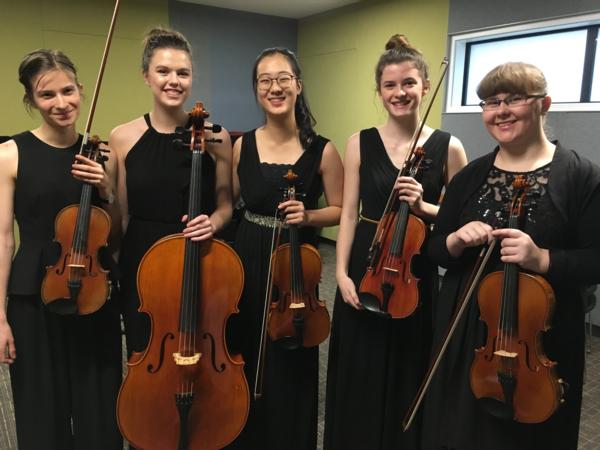 Three senior chamber music groups from Rangi Ruru’s Girls’ School have made it through to the semi-finals of the prestigious NZCT National Chamber Music Competition.

Buda and the Pests (Isabella Gregory, Jessie Anderson, Valerie Xiang and Holly Evans) won the South Island Regional Final of the contest on Saturday, held at The Piano in Armagh St.

They, along with finalists The French Connection (Sarah Lawrence, Rachel McSweeney and Victoria Park) and Amadeus (Emily Davey, Lucy Costelloe, Victoria Park, Rebecca Harris and Anna Bruce) have all been selected for the national semi-finals.

To be held in Wellington on Saturday August 5th, 12 groups from around New Zealand have been selected, with three of the five from Christchurch coming from Rangi Ruru. Six will then progress through to the National Final, held on Sunday August 6th.

In addition, Resolutions has won a place as one of 24 choirs (one of four from Christchurch) in the NZCF Big Sing National Finale, to be held in Auckland from August 24th – 26th.

Director of Music at Rangi Ruru, Janet Kingsbury, says Rangi continues to punch well above its weight in music competitions and events around the country.

“And of course our tutors and music directors are a key part of that; they are all dedicated to supporting the girls to achieve the very best they can."