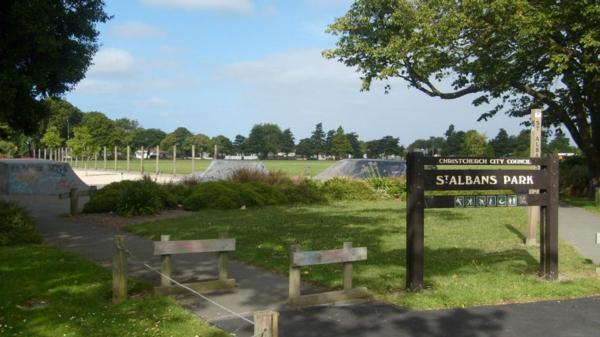 Long standing drainage issues will be addressed as the full turf replacement of St Albans Park gets underway.

Originally delayed in the Long Term Plan (LTP), the Papanui Innes Community Board in the last LTP review successfully argued strongly for the work to be brought forward in the schedule to rebuild the EQ damaged pavilion and re-turf the park.

“We are not making excuses but to explain the delay, money has definitely been an issue and the insurance settlement of the council assets has added to that,” says Board Chair Ali Jones.

She concedes that the delay has been far too long and apologies to the community for that.

“This is an important public park in the area,” she says. “Even when the drainage issues made it problematic to play on, it was a well-used park. The pavilion provided much needed public toilet facilities as well so that’s added to the frustrations which we totally accept.”

The community board has been assured that the park re-turfing will be completed as quickly as possible and that it will take some time due to the grass sowing and growing, as well as the need for the root system to establish before it can be played on.

“Portaloos will stay in place until the pavilion is complete and we have asked that they be relocated near the Skate Park area while work is underway. When the park is fenced off for the work, storyboards will be put up so that the community can see what and when work is happening, and how the finished pavilion will look,” says Jones. "The playground will also be in a far better condition for our local children and families to enjoy."

CCC officers have been consulting with sports groups in the area about what they would like and need in the sports pavilion and their comments have informed a plan which has yet to be presented to the sports groups and users.

“Once sports groups and users have seen the plan, there will be further engagement with the wider community so they know what is happening and when,” says Ali Jones.

The Papanui Innes Community Board says the redevelopment of St Albans Park will deliver a far better and fit-for-purpose park and pavilion than was there before.

-     The drainage will include the playground area

-     The field construction design is currently being reviewed for final approval

-     Once finalised, the work package will be put out for tender

-     Field construction is anticipated to begin in November (indicative timeframe only, to be confirmed).

-     The existing sports pavilion is earthquake damaged and will be demolished

-     Suggestions from key user groups have been incorporated in to the design as much as practicable, including toilets, storage, changing rooms and showers, referees room

-     The old pavilion has now been vacated by clubs

-     We are soon to get asbestos testing done

-     We are currently applying for planning approvals for the replacement building

-     Construction will begin following the tender process, timeframe to be confirmed however it is hoped the pavilion will be completed well before the turf is ready to play on so the public toilets can be used

-     The temporary toilets will be relocated near the skatepark during construction