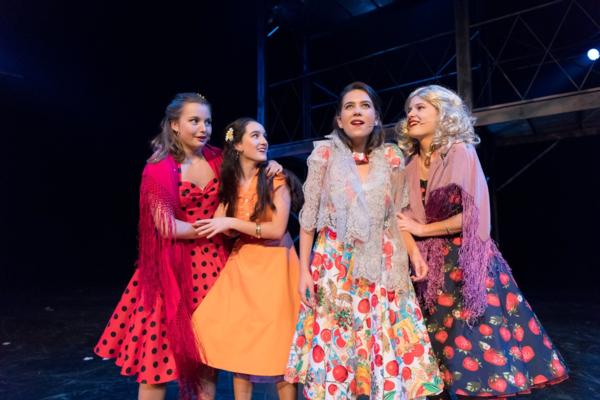 Maria (Holly Evans) tells her girlfriends about the boy who has captured her heart CREDIT: Ian Kelly, Horizon Images 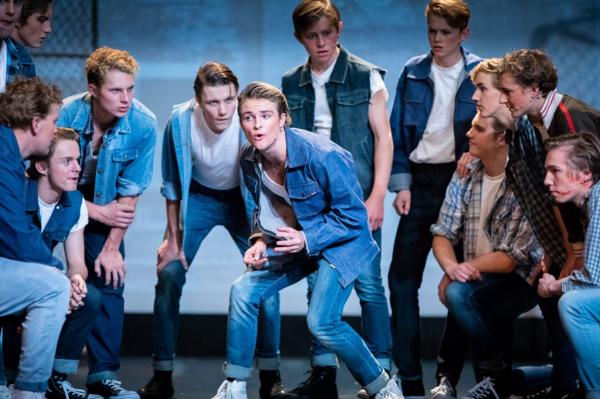 Sold out before opening and a release of additional seats means this year’s joint drama production by Christ’s College and Rangi Ruru is one of the most successful ever.

More than 3200 people saw Westside Story over 4 nights, with the last show on Saturday 19 May.

Head of Drama at Christ’s College, David Chambers says this is one of the most satisfying collaborations he’s experienced between the two schools.

“The growth and development of the characters and performances was incredibly rewarding to see,” he says, “and the work of Rangi Ruru’s Director of Music, Janet Kingsbury – it was her guidance and passion; her commitment to the orchestra and the cast – she brought it together under her baton and took everyone with her.”

“The experience of working with such a large creative team on this seminal modern musical has been extraordinary. The desire of our student performers and crew to make the show a success has driven them to heights we felt we could only dream of. Mrs Kingsbury and the orchestra took the show to a whole new level. It was excellent teamwork right through to the ten hour pack out of the set on Sunday,” he says.

The schools also raised around $2500 for Aviva (Family Violence) from collections at the end of each performance.