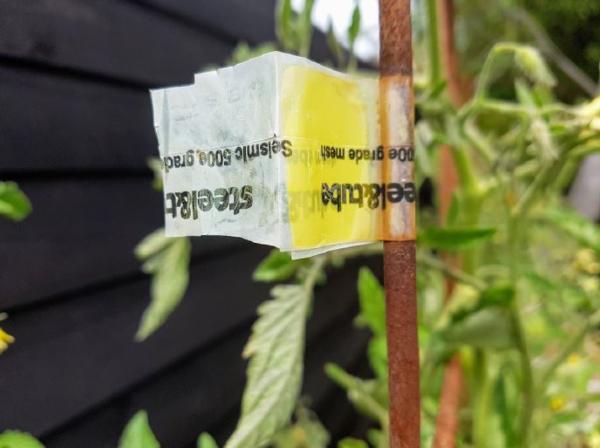 Around 85% of Non-compliant Steel Mesh Customers Are From Canterbury

Ruth and her husband are two of hundreds, possibly tens of thousands of property owners in Christchurch and Canterbury who have non-compliant steel mesh in their new houses and properties.

They had to wait five years, living in a cold, damp, mouldy central city flat while their home which was destroyed by the 2010 and 2011 earthquakes, was rebuilt.

Sometime in the lead up to moving back in, the couple rescued a steel mesh offcut from the builder’s bin to use in the garden. That offcut came complete with its supplier and certification tags which confirms they have allegedly non-compliant steel mesh underpinning their home and in their driveway.

The steel mesh in question was sold across New Zealand and widely used in properties built between 2012 and 2016, during the rebuilding of the city after the quakes, hence the large number of properties with the non-compliant steel mesh. The rest are primarily in Auckland and elsewhere around the country.

“We are so disappointed that we were deceived,” she says. “We thought we knew what we were getting. Clearly we were wrong, and it just adds to the stress we went through with our insurer, post-quake, and the new build itself which is never a walk in the park anyway. The foundation contractors for the property have never responded to our approaches and the builder’s merchants who sold the mesh, seem lost in a sea of paperwork,” says Ruth.

The law firm taking a class action against the steel mesh providers, Adina Thorn Lawyers, say in 2011 the building code changed, requiring 500E (E stands for earthquake) steel reinforcing mesh used to build homes to have a ductility standard of 10% which means it will bend further before breaking, making it significantly safer in the event of an earthquake, particularly in multi-storey buildings.

“Steel & Tube have, or rather had, a much bigger slice of the market than the approximately 2% Brilliance had, and they claimed their product had been passed by an independent testing laboratory when that wasn’t the case at all. No-one has a crystal ball but I would expect Steel & Tube to receive a significant financial penalty. Unfortunately none of that money makes its way to the people affected.”

The proposed class action is fully funded meaning claimants will face no out of pocket costs, as all the legal, technical and court costs involved will be picked up by the funding organisation while the funding agreement is in place, in return for them gaining a share of any successful outcome.

Details of the action can be found on www.steelclassaction.co.nz