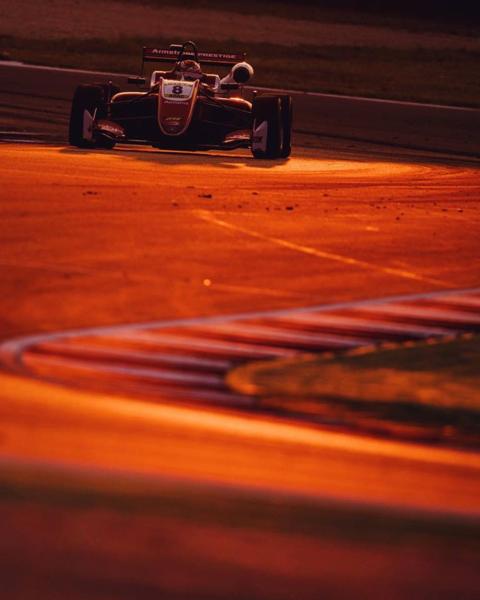 MARCUS ARMSTRONG ON THE FIGHTBACK AT MISANO

Christchurch teenager Marcus Armstrong is on the fightback this weekend at what many consider his ‘home’ track, Misano.

It is the first time the FIA Formula 3 European Championship has raced at the 4.226-kilometre Misano World Circuit Marco Simoncelli, but hardly the first for Armstrong.

He says he is very comfortable with his form for the current weekend.

In 2017, the circuit was the opening round of the Italian Formula 4 Championship, Armstrong’s first title win in full-sized open-wheeler race cars. He has also completed nine days here in official F3 testing this year – the most at any circuit.

Now, Armstrong arrives at Misano – just an hour from Ferrari’s headquarters – armed with that wealth of experience and with a target in sight: to wrest back the F3 Euro points lead from rival Dan Ticktum (UK).

The Kiwi 17 year old led the Championship at the halfway point, but a tough weekend at Silverstone saw Ticktum snatch an 18 point lead.

Traditionally, the driver who leads at any championship’s mid-point has a strong chance of lifting the title, but many also prefer the psychological advantage of being second – close enough to rattle their rivals and grab the lead. Marcus is keeping his intentions to himself: “yeah, we’ve got it sorted”.

His team boss, Rene Rosin, says Misano won’t be easy for the drivers or team personnel.

“Everybody will be required to provide their utmost concentration, especially if we consider that the results of this weekend will probably be setting the tone for the final part of the year. Pre-season testing at Misano showed an incredibly tight pack and we need to be on top from the very beginning.”

Marcus Armstrong is the first New Zealander to be inducted into the Ferrari Driver Academy and races under an Italian licence for F3 champion team Prema.

The official championship website has links to live timing and live streaming of race coverage. Full racing career information for Marcus is at https://www.driverdb.com/drivers/marcus-armstrong/