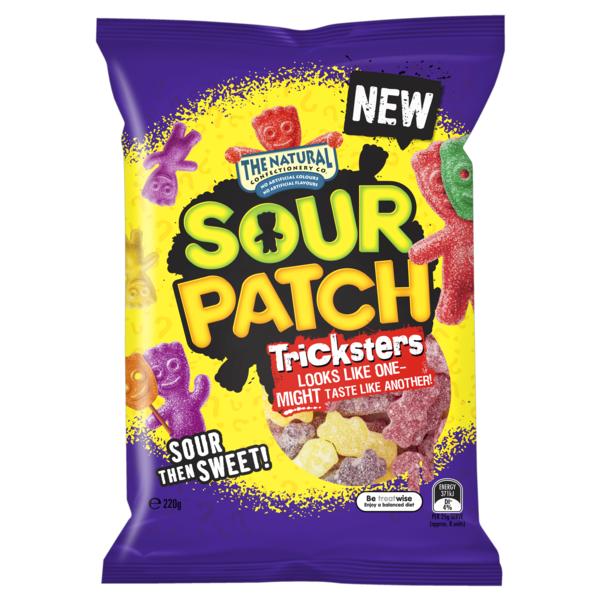 We Kiwis consider ourselves a canny bunch, but a new study into our sensory perceptions suggests pulling the wool over our eyes may not be as hard as we think.

A survey commissioned by The Natural Confectionery Co. to mark the launch of its trickiest candy yet, Sour Patch Tricksters, looked at the impact of external influences on our senses.

The results showed that a staggering 99.6 per cent of Kiwis were tricked into thinking the candy they were eating tasted like something completely different.

Participants were presented with a series of illusions to challenge their ability to correctly identify a taste, sight, smell or sound, without being tricked by external stimuli.

Each bag of Tricksters contains six different flavours, but only three different colours, leaving consumers to decipher which flavour they’re enjoying when they eat them.

67 per cent of people were bamboozled by a visual illusion, perceiving a difference in colour tone between two identical circles displayed on different backgrounds, and over half reported hearing different words when the same sound was paired with changing imagery.

Psychologist Sara Chatwin from MindWorks says Kiwis aren’t alone in being befuddled by a trick of the senses.

“It is amazing how perceptions and senses can be tricked and teased so easily! We may think we are in control and impervious to subtle suggestion…yet little do we know how easy mind-manipulation is.”

When shown images of yellow fruit (banana, pineapple and lemon) 89 per cent of people reported smelling these scents in a candy, which was actually cola flavoured.

“We lead such busy lives that often it’s easier to ‘go with the flow’ and focus on ONE element that SEEMS right. These mind-bending bite size goodies challenge the notion that if it looks like a duck, swims like a duck, and quacks like a duck, then it probably is a duck. These sweet treats, however, may encourage us to look at that “DUCK” a little more carefully,” says Sara.

The biggest challenge was taste with only one participant correctly identifying the true flavour of the tricky yellow sweet.

Anna Jones, Senior Brand Manager, Sour Patch is excited by the survey findings and the potential for the new release.

“This Halloween we are encouraging people to trick AND treat their tastebuds by sampling some Tricksters for themselves.

“Tricksters will keep consumers on their toes with sensory surprise – you could even say they’re part of a brain-training regimen,” jokes Anna.

Anyone tempted to put their senses to the test can get their hands on Sour Patch Tricksters now for RRP $3.29 and trick or treat themselves to six cheeky new flavour sensations.