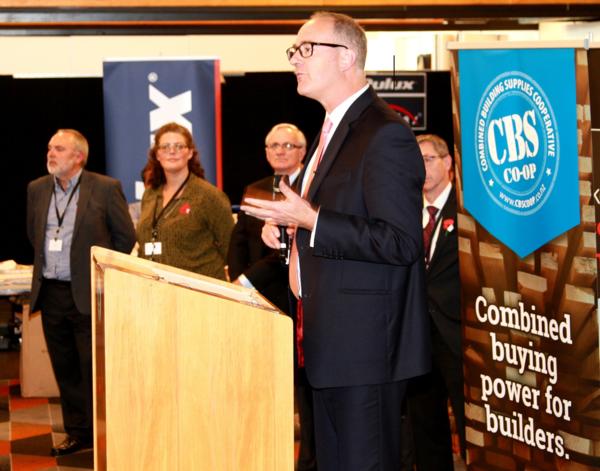 An innovative newcomer to the construction industry is going national.

Combined Building Supplies Co-Operative (CBS) is set to showcase its competitive advantage at a launch in Auckland on November 28th.

The Co-op was established in Christchurch in April 2018 to level the playing field for builders and other tradies in the construction sector, who could not access the ‘equivalent of group home builder rates on building supplies’. The Co-op enables small and medium sized companies to fairly compete against the big players in the market. The rates CBS Co-op has negotiated with more than 14 National suppliers such as Bunnings, Kitchen Things, Hirepool, Dulux and Noel Leeming.

The national CBS Co-op launch at the Manukau Cruising Club in Onehunga is an exciting development in a crucial economic sector and has the potential to transform the housing industry.

“The implications of the continued growth of CBS Co-op with regards to propelling Kiwibuild and social housing are sizeable: the reduced building rates that can now be achieved by small builders and individual tradespeople can be passed on both to Housing NZ and to individual New Zealanders,” he said.

In the South Island, where it was initially launched the Co-op is already making a major difference to the cost for which small and independent builders can build a house, he said.

“The latest data comparing build costs for a three bedroom, 191 sqm house – one priced using “standard” rates and the other using Co-operative rates – show a price difference of about $35,000 incl GST in CBS Co-op’s favour, or about $30k excluding GST.