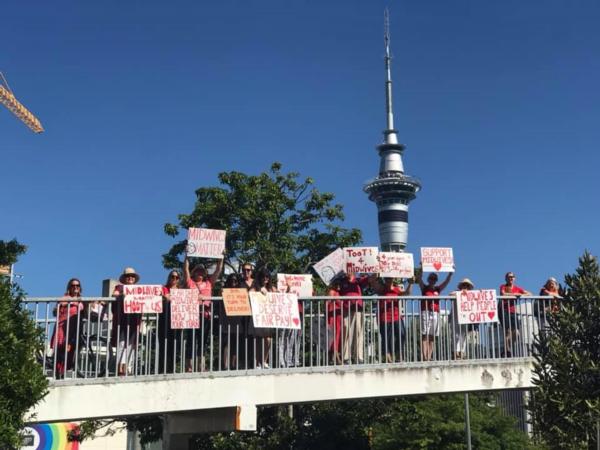 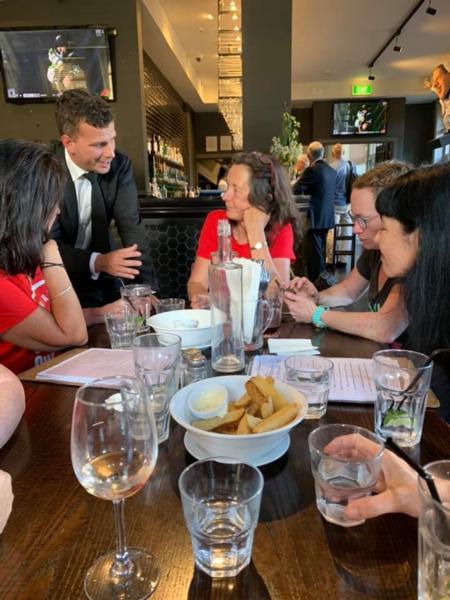 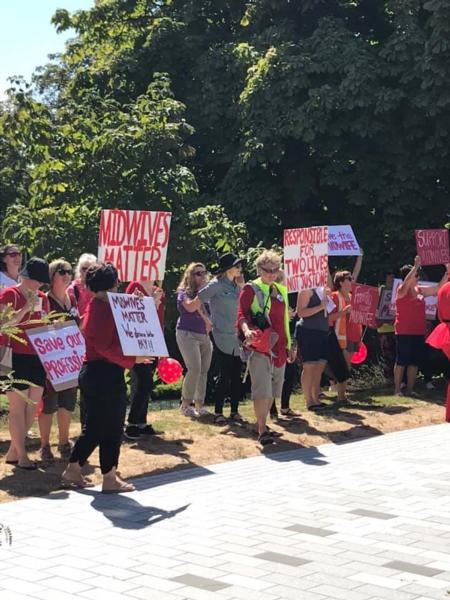 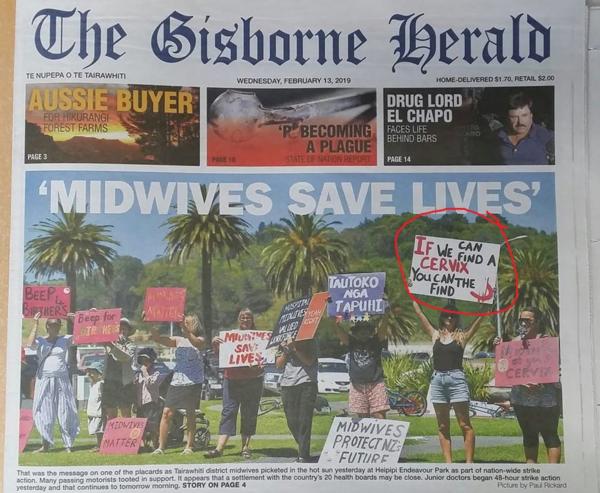 Second best sign ever - and it features the 'c' word CREDIT: RedPR

A Week of Strikes - Midwives Rally Around The Country

Hundreds of midwives gathered in rallies around the country this week as strikes continued to highlight their pay claim negotiations.

A symbolic hikoi saw midwives gather at rallies on strike days, in the North and the South, with action taking place in areas moving closer towards Parliament over four days, from Monday 11 Feb to Thursday 14 Feb. The action culminated in a rally at Parliament yesterday.

MERAS Co-leader (Industrial) Jill Ovens, says midwives, who work for the 20 DHBs, have been in negotiations since their multi-employer collective agreement (MECA) expired in July 2017, 18 months ago. They have also subsequently had two lots of mediation, two weeks of strikes and a month in facilitation in the Employment Relations Authority. She says members are frustrated at delays in the bargaining process.

“The Air NZ engineers’ strike was averted because that profession is considered critical. We continue to strike because we still don’t have a firm offer after all this time, so what does that say about how midwives and women are thought of by the Government?”

Ms Ovens says strike action in Nelson/Marlborough was cancelled because of the situation with the wildfires.

"It was important we were mindful of how traumatic the unfolding emergency was for that community and for our members,” she says, "and it is still not entirely resolved."

She says the union remains hopeful that they will get an acceptable offer to take to our members, but if not we will be back in the Employment Relations Authority.