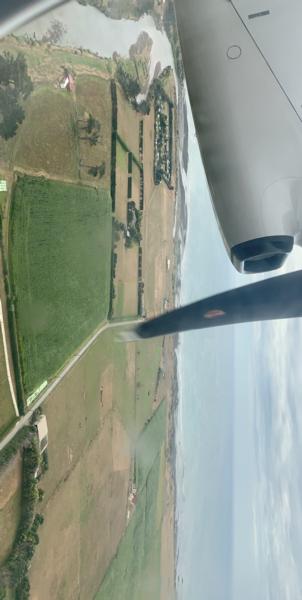 Jetstar will have significant strategic challenges ahead following the announcement from Air New Zealand yesterday that it would be dropping every regional flight fare by up to 50%.

The changes on the Air New Zealand website have commenced today, showing flight prices to the likes of Whangarei, Keri Keri, and other non competitive routes have dropped to as low as $39.

While these fare prices won’t directly affect Jetstar it will be welcomed news from Qantas Australian passengers booking connected flights to these locations with the national carrier. It will mean they may pay more than a hundred dollars less for their one way trip from Australia shores.

While it may be great for Qantas in this department, Air New Zealand have also dropped all their airfares on routes they compete with Qantas owned low cost carrier Jetstar.

This means that on the majority of dates, Air New Zealand direct flights to New Plymouth, Napier, Palmerston North and Nelson will be lower in price than the low cost carrier.

As the changes made effect today, on the Napier to Auckland route in April this year Air New Zealand flight prices averaged $99 yesterday. Today, these dropped to just $39.

Compared to Jetstar, their lowest airfare on this route was $42 and ranged upwards to $125 a flight, signalling what Air NZ prices used to be.

Strategic in the sense that Air New Zealand know their passengers won’t pay extra to fly Jetstar even if they’re Qantas Frequent Flyers.

It was just last month when Air New Zealand caught Jetstar by surprise by bumping their prices up across their domestic network - two days later, Jetstar followed suit. What we do know is Air New Zealand’s announcement yesterday has been on the back burner for some time, and perhaps they knew Jetstar would follow and bump their own fares up in price.

It’s a no brainer that Jetstar will struggle to fill their 50 seater aircraft if their prices are higher than our national carrier, and when it comes to saving a few dollars, it’s likely Air New Zealand will win there too.

This means so much more now than ever - why? Australia.

Recently, Qantas and Air New Zealand commenced codeshare services on their regional flights allowing passengers of both airlines to seemlessly travel across the ditch. At the time, Qantas said it wouldn’t affect Jetstar regional flights.

Qantas have already synced the Air NZ fares on to their website for Australians to purchase and now across the Jetstar regional routes it can be cheaper, by in some cases 20% to choose an Air New Zealand domestic codeshare fare rather than an available Jetstar regional flight.

Qantas is hoping their passengers will stay loyal by choosing their own over Air New Zealand. All Jetstar regional flights in New Zealand attract a healthy amount of frequent flyer points, and status credits.

To make matters far worse for Jetstar though, Qantas and our national carriers new agreement means if you choose an Air New Zealand domestic fare over one of the Jetstar ones whether it be cheaper or have a measly five dollar difference - Qantas passengers will get lounge access in the Air New Zealand regional airports.

I know if I was a Gold Qantas Frequent Flyer and I had the option of being able to relax in a Air New Zealand Koru Regional lounge, as opposed to in New Plymouth’s case, a purpose built million dollar Jetstar shed. Even for a few dollars extra, or in today’s case, cheaper, I’d choose lounge access, wouldn’t you?