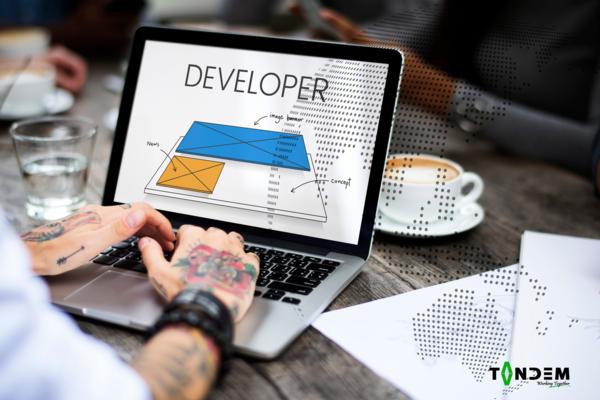 Should You Consult A Web Developer Before Automating A Business Process?

As a business owner, at what stage do you include a web developer in automating your business process? The research stage? The brainstorming stage? The wireframing stage? The design stage? Or only during the development stage?

The answer is, not having a web developer from the get-go can have devastating effects on the automation process and eventually its outcome. For example, issues can arise with the process being impossible to automate, redundant complexities, ineffective automation, misunderstandings between different departments such as design and front-end developers, continuous modifications, redoing from scratch.

Any web developing company like Tandem NZ will admit that this is something everyone had faced at some time in their timeframe, particularly in the beginning.

To drive the point further, there are two main reasons why a web developer is necessary from the start itself.

Hard to count the number of times ideas got rejected due to very little or no knowledge of web development work. Alternatively, they will come up with different automation solutions. In fact, having a developer will even broaden your knowledge of automation development and help you gain confidence and be more realistic.

2. Developers Can Help With Decision-making

With knowledge in the small hidden details, developers can help website owners in deciding a better automation workflow, whether it's to streamline a process, include a feature, and how it will affect mobile users. In fact, these are taken care of from the start itself so there are no hiccups or alterations later.

As of now, there is only a 21% chance of automating web developer. Of this, front end web developer will be the first to be run by automation.

There are some predicted downsides to automated web development though. These include...

If a weakness is exposed on the host or the server, all websites will need to be patched.

Just one particular technology cannot operate for long periods of time, it will need to be checked and reprogrammed regularly.

Languages including PHP, ASP, Java, and frameworks like RoR, Django, Node.js being replaced by newer and better options.

All of the above can be handled or resolved if a web developer is available.

How To Get Developers Involved?

At Tandem NZ, it’s a given that web developers come in very early on. Right from the brainstorming sessions.

This allows for any feedback, exchange of ideas, and answers to all client questions. Any automation requirement such as triggered email, payment gateway, IRD integration, shopping carts, payday integration, API integration, and more are taken into consideration from the beginning itself.

Are You Looking for Web Development Company for your Business?