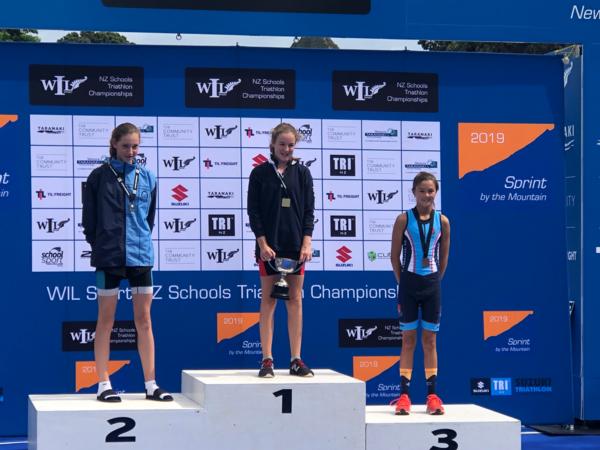 Lily Greenwood on the podium in New Plymouth CREDIT: Supplied

Lily won the national title on Friday in New Plymouth after a hard-fought race. She was 4th out of the swim, battled to be 3rd off the bike and then came through winning by nearly a minute off the run.

The prizegiving was on Saturday.