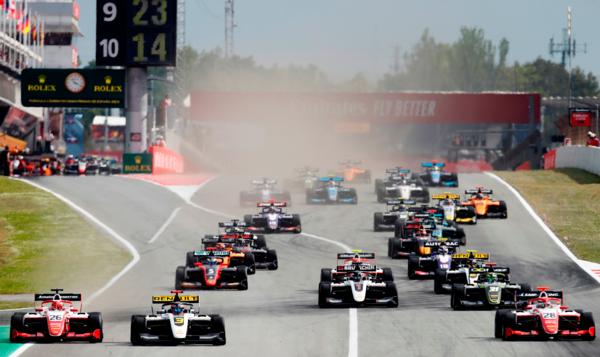 Qualify well, place well: Marcus Armstrong made sure of third overall in the opening race of the 2019 FIA Formula 3 campaign in Spain today.

At the second corner, as Shwartzman defended against a charging Armstrong, Lundgaard squeezed past to lead.

“I had a good start and I wasn't expecting both of them to go into Turn 1 side-by-side. I was expecting at least one to be ahead so I could take advantage, but instead they both went side-by-side so there wasn't a lot I could do. Christian left enough space for me to at least try and get down the inside,” he said.

Armstrong said the Turn 2 action happened so quickly he wasn’t clear how all three got through the turn and away unscathed.

“I don't really know how it all panned out, I think I need to watch the video again but I just sort of thought ‘it's better to finish the race instead of finishing it right here'.”

At the next corner Armstrong challenged his team-mate for second.

“I tried to go around the outside and, fair enough, he sort of pushed me off which is okay, I mean this is racing.”

Armstrong said afterward he was happy with third place and the points it brought to his championship campaign.

“Of course I would have liked to challenge closer to the front but it's a good starting point and I do think that I needed the experience of one full race before I try to do something more, because obviously I don't have huge experience on this tyre and there's a lot to be gained on managing it properly.”

The racing is live-streamed as part of the Spark Formula One coverage and live timing is at the championship website, www.fiaf3.com.