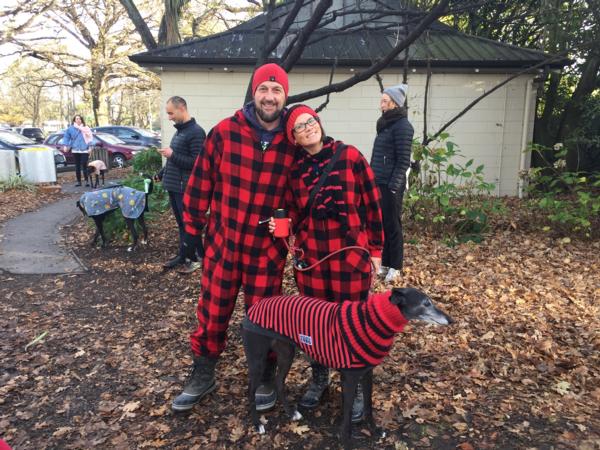 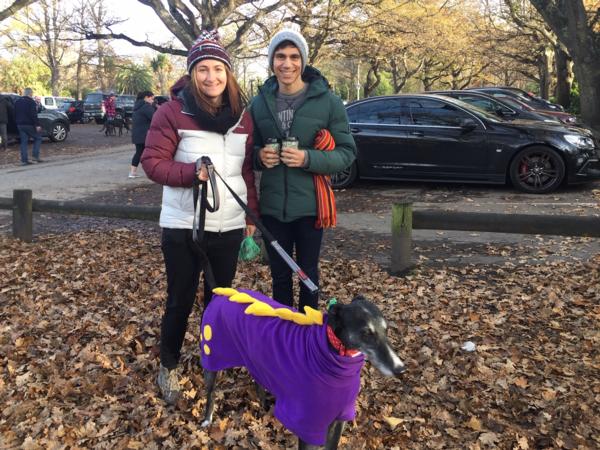 Record Number of Greyhounds at Global Walk in Christchurch

Just under 100 greyhounds and their owners, took part in the Christchurch event for the Great Global Greyhound Walk (GGGW) today.

It was cool and crisp in Hagley Park at 10 this morning when the hounds and humans set off, after a lot of butt sniffing (the hounds not the humans) and checking out the wide array of colourful winter coats (the humans not the hounds).

Greyhounds as Pets (GAP) event organiser, Nicole Randall said the record 92 greyhounds is in line with the increase in the number of adoptions this year.

"GAP has increased the number of people doing pre-adoption checks as a result of more requests to adopt," she says. "I guess as more are adopted, more of these beautiful animals are seen out and about, and the network of owners grows too."

70 greyhounds went on the walk last year, the final numbers for this year are: 92 Greyhounds, 2 Whippets and 4 other dogs. Final numbers internationally are not known yet.

The group raised $413 for GAP with raffles and a bake sale.