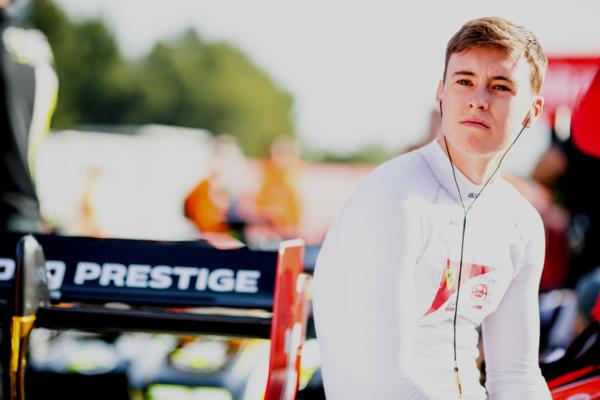 Ready for the green light - Marcus Armstrong is keen to get racing at the Red Bull Ring CREDIT: FIA F3 official

Armstrong third and ready for the next F3 challenge: Red Bull Ring

Just days after he stepped into the top three in the 2019 FIA Formula 3 Championship New Zealand driver Marcus Armstrong is ready to tackle the Red Bull Ring in round three of the championship.

Last weekend Armstrong put in two sensational drives to rise from fourth to third in the points table as his team locked out all three top spots.

The Red Bull Ring hosts the 2019 Austrian Grand Prix as well as this round of Formula 3. It has a markedly different character from the preceding French Grand Prix, with significant elevation changes, and in its present format has hosted Formula One since 2013.

Armstrong has raced the ‘Ring before, in Formula Renault, FIA Formula 4 and in the previous version of Formula 3. His 2019 Prema team-mates both have two race wins in the championship; a victory at the Red Bull Ring would help close the points gap between the three.

The 18 year old Kiwi is attracting attention globally. He was recently rated top prospect to lift the title by leading motorsport website Formula Scout; his charge from 25th to fifth in race two last weekend was named the ‘drive of the season’ by Autosport magazine.

The 2019 FIA Formula 3 Championship is live-streamed as part of the Spark Formula One coverage and live timing is at the championship website, www.fiaf3.com.