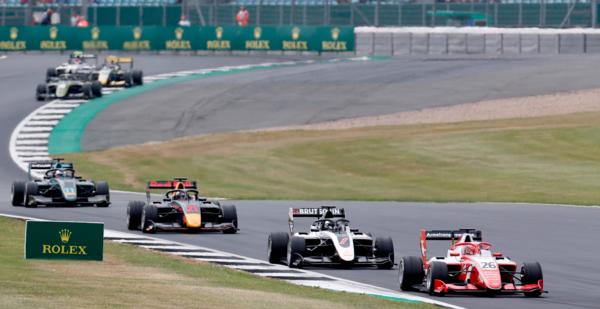 Marcus Armstrong has taken a third and a fourth in the latest round of the 2019 FIA Formula 3 Championship at Silverstone in the UK.

The New Zealander banked valuable points for the podium finish on Saturday in race one, then moved decisively forward in the partial reverse-grid race two to shade the leading three finishers.

“I got a good start, better than yesterday, and then got run a little wide by Robert. I lost a position to Jehan and then the race was in formation because we all had a similar pace and it’s difficult to go forwards when you have two Prema teammates in front of you. In the end, I got lucky with two drivers crashing in front and then I overtook Lungaard,” he said.

There was a post-race inquiry into incidents involving Juri Vips, the second of which saw him tangle with the car of British driver Jake Hughes and then go off the circuit. It did not affect Armstrong’s fourth place in the race or his fourth on points for the series.

“I had clear space on the last lap and the car was really strong, we had so much pace and it has been disappointing not to finish on the podium. Anyway, that’s racing and we will come back strong next time.”

This round is the mid-point in the championship, and Armstrong’s strongest rivals for the title at this point are his team-mates, Robert Shwartzman and Jehan Daruvala, along with Estonian Red Bull driver Juri Vips.