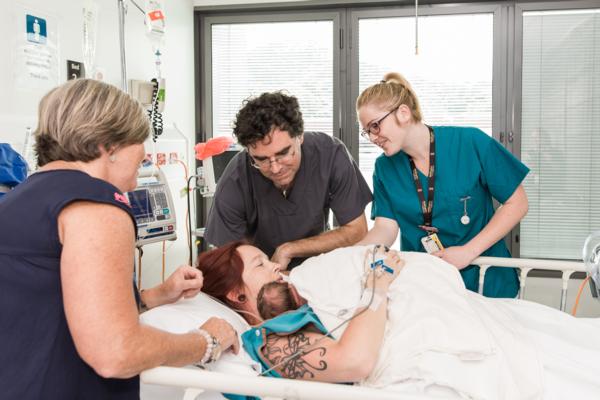 NZ's Maternity System is Not Broken; It Needs to be Valued, Supported and Resourced

MERAS Co-leader (Midwifery), Caroline Conroy, says the issues that a number of DHBs are currently facing, are not new, having been signalled for many years.

“Requests for additional staff, changes to rostering and other issues, have been raised by us and midwives for several years,” says Ms Conroy. “These requests have either been ignored or rejected, and as a result we see too many midwives walk away from their midwifery jobs.”

However, Caroline Conroy says the DHB’s which are making headway with staffing issues, have one thing in common.

“They have executive leadership teams, in a timely manner, listening to and acting on concerns being raised by midwives, and are supportive of their midwife managers. There are however still some organisational barriers which means poor communication and a lack of understanding about the scale of problems until it’s too late,” she says.

Ms Conroy adds that for example, Counties Manukau District Health Board (CMDHB), has made positive changes in the last few months which won’t bear fruit immediately but are steps in the right direction.

“The retention of graduate midwives is gradually improving the midwifery staffing situation at CMDHB, and additionally they have increased the number of senior midwife roles. This ensures that, in addition to the senior midwife in the birthing suite area (which they have always had), there  are more senior midwives in the maternity ward areas to support staff and to provide midwifery clinical leadership 24- hours a day,” she says.

MERAS is also part of a regular midwifery forum at CMDHB which focuses on the issues affecting the midwifery workforce (both hospital and LMC (self-employed) midwives), and the care of women. The group contributes to identifying ways to address the issues within the midwifery service which are then developed into business cases with the aim of gaining funding support from senior levels of the organisation.

“The solutions to the maternity service issues and midwifery workforce shortages are not as simple as more resourcing or better pay for midwives. The work midwives do needs to be better understood, valued and supported by politicians and policy makers alike,” says Ms Conroy.

MERAS is hopeful that a Midwifery Accord which has also been agreed to, will address challenges in the midwifery workforce, including further strengthening midwifery as an attractive career option while supporting the retention of midwives within New Zealand The Accord, which is an agreement  between the Ministry of Health, MERAS, DHBs and NZNO, will focus on safe staffing including retention, the re-employment of those who have left midwifery, recruitment and encouraging new midwifery graduates.

“Midwives are a committed and passionate group of health professionals who are key in achieving positive outcomes for women and their babies. We must get the frameworks and workforce in place that ensures our midwifery-led maternity system can continue to be the world leading service it is,” she says.

How many midwives are there in New Zealand?

There are approximately 3,000 midwives with Annual Practising Certificates in New Zealand, around 1,500 work as employed midwives and around 1,100 as self-employed Lead Maternity Carers. This is one of the highest numbers ever - see recent media release here. All midwives regardless of where they work, have the same scope of practice and professional responsibilities.

What is the New Zealand College of Midwives?

The New Zealand College of Midwives is the professional organisation for midwifery. It represents all midwives, employed and self-employed.